It’s becoming a familiar refrain: student–athletes claim mistreatment while on campus and their educational institution retains a law firm to conduct a privileged internal investigation, only to lose 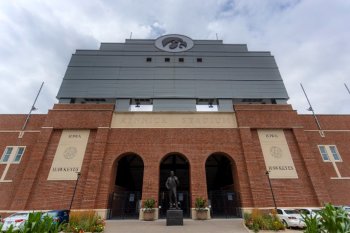 Now, the University of Iowa becomes the most recent educational institution to lose a privilege claim by disclosing its law firm’s investigation report.  But this situation contains an added twist—the court also found that the university did not engage the law firm to provide legal advice, so the law firm’s investigation was never privileged in the first instance.  Wadley v. Univ. of Iowa, (S.D. Iowa June 24, 2022).  You may read the opinion here.

Allegations and an Engagement

In 2020, several current and former black members of the University of Iowa’s football team publicly aired claims of racism and mistreatment within the football program.  You may read about those allegations in this news story.  In response, the University hired a law firm to “conduct an independent review” of these allegations of disparate treatment.

The first line of the firm’s engagement letter, available in full here, said this:

So, the University retained the firm to “provide legal services,” right? While the first sentence says so, the remaining portions of the engagement letter do not mention legal services.  Rather, the firm described the scope of its engagement this way:

And when the law firm concluded its work, the resulting report described the firm’s retention with similar wording:

Investigation and a Report

Under this engagement, the law firm interviewed 111 people, including current and former football players and several university employees.  Following its investigation, the law firm prepared a report, which you may review here, that reached several findings and a few recommendations.  For our purposes, the report relayed the content of the lawyers’ interview discussions with the players and employees.

And then the University publicly released the report.

Lawsuit and a Privilege Objection

Following the report’s release, several current and former football players filed a lawsuit against the University and issued discovery requests for the law firm’s investigation-related documents. The University objected, asserting in part that the attorney–client privilege protected those materials from discovery.

To assess this privilege claim, the court noted the threshold point that, for the privilege to apply, the University must have engaged the law firm “for the purpose of obtaining legal services” or for the purpose of seeking a lawyer’s advice “in his capacity as a lawyer, not in some other capacity.”  And, importantly, the privilege does not protect a communication “simply because it is made by or to a person who happens to be a lawyer.”

The court ruled that the privilege did not protect the law firm’s interviews and materials because the University failed to show that it engaged the law firm “to provide legal services.”

The University’s sole evidence was the engagement letter’s first sentence that the firm was “selected” to “provide legal services.”  But that was not enough, the court found, because those three words did not prove that the University retained the firm “to provide services which only an attorney, in its capacity as a professional legal adviser, could do.”

The court found most persuasive the University’s sheer lack of evidence—beyond the engagement letter—that it retained the law firm for legal-advice reasons.  The college never amended the engagement letter to describe the legal—as opposed to investigatory—services. It submitted no declarations from the University or its lawyers explaining how and why the engagement involved legal services. In short, “there was nothing in the record to support the argument” that the law firm—

Provided any advice to Iowa for the purpose of an opinion on law, in anticipation of litigation, in preparation for trial, or any other service which only a lawyer is authorized to perform.

In sum, it appears that the law firm investigated the factual allegations and made factual findings and non-legal recommendations.  The University never asked for the firm’s legal advice, nor did the law firm give it.  And without a legal-advice purpose, communications to a lawyer have no privilege protection.

While the court could have stopped with its no-legal-advice ruling, it didn’t.  The court ruled that, even if the privilege covered those communications, the University waived the privilege by disclosing the report to the public.  The University tried to limit the waiver to the report, but the court easily found that the subject-matter waiver doctrine applied here because it is unfair to allow the college to use the report but shield its underlying support.

The court also rejected the University’s argument that the report did not reveal privileged communications, just confidential ones.  Even “a brief look” at the report, as the court put it, shows that it reveals specific communications between University employees and the law firm, including quotes and paraphrases.

And indeed it does.