Maintaining the attorney–client privilege and avoiding waiver is often a precarious and hazardous endeavor.  Even the seemingly innocuous slip of the tongue can result in privilege waiver, as one 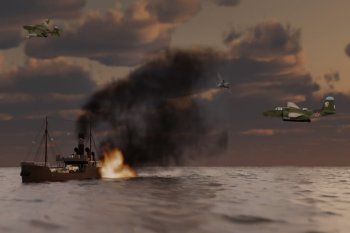 corporate executive has learned. After the executive stated in an email what he and his lawyer “believed” regarding a legal issue, a court found waiver and permitted the deposition of that lawyer.  No Spill, LLC v. Scepter Canada, Inc., 2022 WL 2270237 (D. Kan. June 23, 2022).  Opinion available here.  Let’s discuss the legal standards around this waiver issue and how to prevent similar incidents in the future.

No Spill, LLC possesses the rights to two patents related to dispensing nozzles on portable fuel cans.  The patent owner founded No Spill and at various times has served as its President and Vice-President.  During No Spill’s patent-infringement action against Scepter Manufacturing, the officer testified that, on some topics, his patent counsel would know the answer.

That testimony resulted in Scepter issuing a deposition subpoena to the patent lawyer who, along with No Spill, moved to quash the deposition in part because he would have to reveal communications protected by the attorney–client privilege.  But Scepter had emails from the officer to a third party that ever-so-slightly disclosed some of the patent lawyer’s legal conclusions.

And with that a waiver battle erupted.

By contrast, disclosing facts does not waive the privilege, nor does disclosing the general topic of discussions between a client and its lawyer.  The court’s decision point, therefore, was whether the No Spill officer’s emails to a third party discussing his lawyer’s advice was a “disclosure of substance” warranting waiver.

In one email to a third party, the corporate officer said this—

My Patent counsel advised me not to let it out of the bag quite yet.  I’m going to send you a secrecy agreement … This is my concept and I need protection for it.

What do you think?  Did the officer’s statement about his lawyer’s “out-of-the-bag” advice reveal the substance of the lawyer’s communications?  For this email, the court said no—the officer only disclosed “the general topic of conversation between the client and the lawyer” rather than “the content or substance of the privileged communications.”  This email, therefore, did not waive any privilege protection.

In another email, the No Spill officer sent a third party an email with this language—

After inspection both I and my patent counsel believe your FMD design infringes our patents in many ways.

Is this email more substantive than the first one?  Yes, the court found. By revealing what “his patent counsel believes” regarding a design issue, the officer disclosed the lawyer’s substantive legal advice about patent-infringing activity.  So, the officer waived the privilege and the patent lawyer must answer deposition questions.

But what is the scope of those questions? The court also imposed a limited subject-matter waiver, ruling that the waiver extends to information beyond the email so long as it relates to the “specific subject” of the lawyer’s advice on the purported patent-infringing activity.

It doesn’t take a wild imagination to understand how this issue can arise in the fast-paced business world with keyboards at our fingertips at every turn.  While the entire context is unclear from the opinion, it appears the officer was asserting his opinion that a third party was infringing his patent and, for some emphasis, essentially said “and my lawyer agrees!”

Yes, maintaining the privilege and avoiding waiver is this fragile.  So, lawyers, let’s train and advise clients to keep lawyers’ opinions out of their third-party conversations.  Loose lips sink ships.

Don’t leave it to a judge, reading a client’s emails in chambers years later, to discern whether the email revealed a lawyer’s “substantive communications” or simply “general topics.”  That line is too thin.

Thanks to my law partner, Brandon Bundren, for alerting me to this decision.