Search warrants come fast and unannounced and, in today’s world of voluminous ESI, increasingly capture privileged materials.  It is common practice for prosecutors to establish a team of attorneys and law-enforcement agents uninvolved with the prosecution to filter the privilege materials and 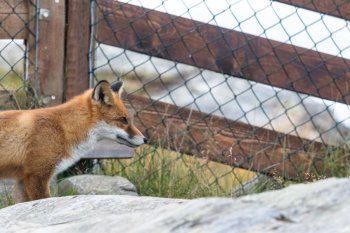 provide the investigating prosecutors with non-privileged documents.  But what protocols does this filter team use to render privilege decisions, and what can the privilege holder do about it?

A search-warrant situation in Mississippi provides an example of a federal judge’s displeasure with the government’s handling of seized materials that contained privileged information.  Federal prosecutors established a filter team to review seized documents for privileged information, but did not obtain pre-approval from the court, did not seek the privilege holder’s input on the protocol, or permit the privilege holder an objection period.  And when finished reviewing, the team sent the non-privileged materials—as unilaterally decided by the filter team—to the investigating prosecutors.

The court found that this process failed to protect the attorney–client privilege and entered an injunction stopping and modifying the filter-team procedures.  United States v. Ritchey, 2022 WL 1914329 (S.D. Miss. June 3, 2022).  You may read the decision here.  Let’s discuss it.

A Search Warrant but no Privilege-Review Protocols

A Magistrate Judge in the Southern District of Mississippi granted the local USAO’s application for a warrant to search the premises of Gulf Coast Pharmaceuticals Plus, LLC, the sole owner of which is Kenneth Bryan Ritchey.  The warrant did not provide anyone with notice of the USAO’s intent to use a privilege filter team or of the protocols the team would use in its privilege review.

In April 2020, federal agents executed the warrant, seized several electronic devices, and imaged them for review.  The agents obtained a list of GCPP’s current and former attorneys and then unilaterally created a filter team to review the seized materials—without obtaining the court’s pre-approval.  Almost a year later, March 2021, and following Ritchey’s January 2021 indictment, the USAO sent copies of the seized materials to Ritchey’s criminal defense lawyer.

Then, without notice to Ritchey, the filter team began reviewing the documents.  And less than two months later, the filter team released to the investigating prosecutors portions of the seized materials that it unilaterally determined were not privileged.

During the dog days of Mississippi’s Summer of 2021, a Magistrate Judge approved the USAO’s application for a second search warrant.  This warrant contained a set of general privilege-review guidelines, which simply stated that someone would review the documents, make a privilege call, and turn over the non-privileged documents to the investigating prosecutors.  The guidelines provided Ritchey with no opportunity to review and object to the filter team’s privilege decisions.

Does this description give you comfort?  The description certainly did not ease the concerns of Ritchey’s lawyer, who promptly filed an application to enjoin the USAO’s ongoing document review.

Fox in the Henhouse

The court quickly dispensed with Ritchey’s argument that the USAO’s use of filter teams violated the Constitution’s Separation of Powers Clause.  If the Executive Branch’s U.S. Attorneys’ Offices could not use filter teams, the privilege review of seized materials would fall to the Judicial Branch.  And for the courts, this presents an “intolerable burden.”

While recognizing that filter teams are a necessary, common procedure, they “always present inevitable, and reasonably foreseeable, risks to privilege.”  It’s the old fox-in-the-henhouse conundrum—

A filter team is the government’s fox left in charge of the privilege-holder’s henhouse, and may err by neglect or malice, as well as by honest differences of opinion.

Courts therefore “necessarily view filter teams with a certain level of suspicion.”  As such, government attorneys typically seek (1) the court’s preapproval of the filter team protocol, or (2) an agreement with the defendant.  Here, the USAO did neither.  It unilaterally created a protocol and never fully apprised Ritchey’s counsel about it. And these acts caused the Court to “question the adequacy of the filter team protocol.”

The Court’s questioning of the protocol’s adequacy increased because the USAO did not provide Ritchey with a period of time to review the documents designated non-privileged for purpose of disagreeing and asserting objections. While the filter team’s privilege decisions represent preliminary findings, the production of documents to the investigating prosecutors effectively “vested the final privilege determination in the filter team.”

The USAO’s execution of its protocols created “the appearance of non-neutrality,” which, by extension, further affects the adequacy of those protocols.  The government’s failure to include a protocol in the first search warrant, failure to seek the Court’s pre-approval, failure to disclose the protocol to Ritchey’s lawyer, and failure to warn Ritchey’s lawyer about its disclosure of documents to the investigating team “created an appearance that it favored the Government.”

Having determined that Ritchey showed a substantial likelihood of succeeding on the merits of the inadequacy of the protocols, the Court easily found that the remaining injunction factors weighed in Ritchey’s favor.  So, the Court issued the injunction and—

While the government’s prosecution team must return the seized documents to the filter team, the fact remains that they reviewed some or all of those documents, some of which may contain privileged communications.  The Court noted that this conduct “may carry significance for suppression purposes.”  So, due to the USAO’s handling of the seized materials, perhaps a suppression hearing awaits it in the future.

The government intends to appeal this decision to the District Judge under Federal Rule of Criminal Procedure 59(a).  So, we’ll see if the fox gets to return to the privilege henhouse.