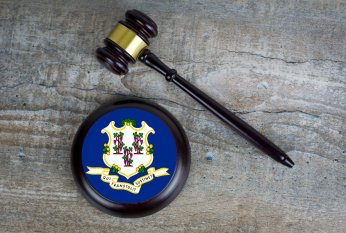 governs, FRE 502 supplies the subject matter waiver rule, which applies when a trial judge determines that disclosed and undisclosed privileged documents “ought in fairness to be considered together.”

Many states, however, do not have a Rule 502 counterpart and their common-law decisions have not addressed whether the subject matter waiver rule applies and, if so, defined its scope and contours.  A Connecticut appellate court has now filled some of that void by adopting this waiver rule.  And while the rule applies, trial courts must review the undisclosed and disclosed privileged documents in camera to determine, like the federal standard, whether they “ought in fairness to be considered together.” Ghio v. Liberty Ins. Underwriters, Inc., 212 Conn. App. 754 (May 31, 2022). You may read the opinion here.

William and Janet Ghio invested in Back9 Network, Inc. and, apparently unhappy with their investment, sued Back9’s officers and directors about it, as you can see in this Complaint.  Liberty Insurance insured the officers and directors and retained an attorney, Berman, to represent them.  Shortly before trial, Liberty’s coverage counsel, Lane, sent a letter denying coverage for any judgment.  The Ghios and insureds then entered a Stipulation for Judgment for $1.9M and, as part of the deal, the insureds assigned their bad-faith claim against Liberty to the Ghios.

As part of the Stipulated Judgment the insureds agreed to provide the Ghios with communications with Liberty regarding insurance coverage but with a caveat to protect privileged communications:

The [insureds] hereby direct their counsel to turn over promptly to [Ghios’] attorney … a copy of all correspondence with [Liberty] that are in the possession of any of the individual [insureds] or their counsel relating to the existence of insurance coverage, including bills, redacted to the extent permitted to any applicable privilege ….

The Ghios sued Liberty for failing to pay the judgment and sought production of all communications between Liberty and Berman, but the insureds objected to Liberty producing any privileged documents to the Ghios. Later, the Ghios filed a summary-judgment motion to enforce the Stipulated Judgment and supported their motion, in part, with two Berman–Lane communications regarding the underlying lawsuit.

The trial court decided that the insureds “opened the door” by disclosing Berman’s communications with Liberty’s counsel from the underlying lawsuit.  You may read the full transcript and the trial judge’s ruling here.  Displeased with the court’s from-the-bench ruling, its lack of time to fully consider the issue, and its failure to review any of the documents, the insureds took the matter to the court of appeals.

In explaining the rule, the court stated that it implements the sword-and-shield approach, which it summarized by quoting from the Illinois Supreme Court’s decision in Center Partners, Ltd. v. Growth Head GP, LLC, 981 N.E.2d 345, 357 (Ill. 2012):

Courts have characterized this reasoning as the sword and the shield approach, in that a litigant should not be able to disclose portions of privileged communications with his attorney to gain a tactical advantage in litigation (the sword), and then claim the privilege when the opposing party attempts to discover the undisclosed portion of the communication or communications relating to the same subject matter.

You may read more about the doctrine in my discussion of the Center Partners case via this link.

No Connecticut court had decided whether to adopt the subject matter waiver doctrine, forcing the appellate court to make a first-impression ruling.  The court decided to adopt the doctrine because of two related privilege rules existing under Connecticut law.

First, Connecticut recognizes the implied-waiver doctrine, which “is founded on the same fairness considerations justifying the subject matter waiver rule.”  The rule applies, for instance, when a party relies on an advice-of-counsel defense or specifically places the attorney–client relationship at issue. 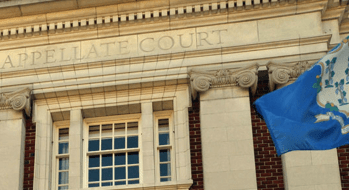 In those instances, the disclosing party waives “the right to confidentiality by placing the content of attorney’s advice directly at issue because the issue cannot be determined without an examination of that advice.”

Second, Connecticut has rejected the selective-waiver doctrine. The selective-waiver doctrine permits a party to selectively disclose privileged documents to certain third parties without waiving the privilege as to others.  In rejecting this doctrine, the Connecticut Supreme Court previously decided that the law could not permit a party to “pick and choose among its opponents, waiving the privilege for some and resurrecting the claim of confidentiality to obstruct others.” This same reasoning, the appellate court determined, supports application of the subject matter waiver doctrine.

So, based on these two reasons, the court adopted the subject matter waiver doctrine “as the law in this state.” The court described the doctrine this way—

The voluntary disclosure of a privileged attorney-client communication constitutes a waiver of the privilege as to all other communications concerning the same subject matter when the trial court determines that the waiver was intentional and that fairness dictates that the disclosed and undisclosed communications be considered together.

The last piece of this holding—the trial court’s fairness determination—was absent from the trial court’s ruling.  So, the appellate court further held that, if a trial court rules that the subject matter waiver doctrine applies, then it must next “determine the scope of that waiver.”  And this determination “necessarily involves a fact intensive inquiry into the nature of the disclosed communications, as well as those communications withheld as privileged.”

The fact-intensive inquiry means that Connecticut trial courts must review the relevant disclosed and undisclosed documents to decide whether to apply the subject matter wavier doctrine and to define the scope of that waiver.  And the appellate court adopted the federal, FRE 502(a)(3) standard for this process, holding that the “central question” is whether the disclosed and undisclosed documents “out in fairness be considered together.”

So, Connecticut trial courts and appointed Special Masters will now have a bit more work to do. And it starts with the trial judge in the Ghios case, for the appellate court reversed the production order and remanded the matter for a full document review.