You’ve heard of inadvertently disclosed privileged documents, and we know what can happen when receiving lawyers use them without notice or producing lawyers allow adversaries to use them. But what happens when a lawyer obtains privileged documents purloined by a third-party hacker and then uses them—repeatedly—against the privilege holder?

International soccer superstar Cristiano Ronaldo knows.  He successfully persuaded a court to issue case-terminating sanctions when the opposing counsel intentionally obtained Ronaldo’s privileged documents from a leaks website and used them to support a lawsuit.  The court found that opposing 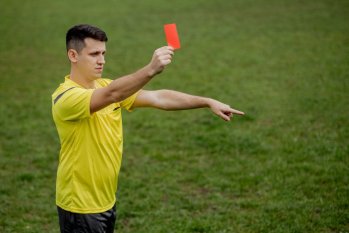 counsel acted in bad faith and that disqualifying him would “not cure the prejudice to Ronaldo.”  Mayorga v. Ronaldo, 2022 WL 2093723 (D. Nev. June 10, 2022).  You may read the District Judge’s decision here, which adopted the Magistrate Judge’s Report and Recommendations, available here.

Sexual-Assault Allegations and a Settlement

In 2009, Kathryn Mayorga claimed that Ronaldo sexually assaulted her in a Las Vegas hotel. Ronaldo denied the allegations but, in 2010, Mayorga and Ronaldo entered a settlement agreement under which Ronaldo allegedly paid Mayorga $375,000 to forgo criminal charges and keep the incident and monetary settlement confidential.

Over a decade later, Football Leaks, a website self-described as exposing financial corruption within European soccer teams, somehow hacked into servers containing privileged emails and work-product materials created by Ronaldo’s lawyers.  You may read more about Football Leaks, in this New Yorker article.

A German newspaper, Der Spiegel, obtained the privileged documents from Football Leaks and, in this article, exposed the Mayorga–Ronaldo settlement. The article detailed the alleged sexual-assault incident, the investigation by Ronaldo’s lawyers, and his lawyers’ communications about resolving the matter. The article’s author clearly quoted or paraphrased many documents that contained privileged communications or attorney work product.

A Call and Privilege-Emblazoned Emails

Mayorga’s lawyer initially disclosed the privileged documents to the Las Vegas Police Department.  A warrant was issued for Ronaldo’s arrest, but the Clark County DA’s office declined to pursue criminal charges, as you can see in this press release.

Mayorga and her counsel then turned to the civil courts, first filing a verified complaint in state court, available here, seeking to void the 2010 settlement agreement.  The complaint described the contents of the privileged documents, including the written questions that the legal team asked Ronaldo regarding the night of the alleged incident—and Ronaldo’s purported answers.

The Magistrate Judge issued a Report and Recommendation, available here, granting the motion to strike, finding that, “under the circumstances presented here,” Ronaldo did not waive the privilege by failing to prevent the hacking incident.  The District Judge, in an opinion available here, adopted the R&R, agreeing that Mayorga’s lawyer presented “only conjecture—not reasoned argument or evidence—to support her position.”

Unfortunately for us, the court sealed the parties’ arguments on the waiver issue and the two judges did not elaborate on their legal analyses supporting a no-waiver finding.  But whatever the judges’ bases, the ruling was clear that Mayorga could not use the purloined privileged documents.

And yet, Mayorga’s lawyer continued to do so.

Who Would “Stoop to this Level”?

Discovery progressed, including some depositions, and Ronaldo’s counsel repeatedly pressed Mayorga’s lawyer to agree not to use any of the privileged documents exposed by Football Leaks.  The lawyer refused.  And, though difficult to discern due to the extensive sealing of the pleadings, it appears Mayorga and her lawyer continued to “pepper their filings with quotes from those documents despite them having been struck.”

Ronaldo moved for case-terminating sanctions or, alternatively, to disqualify Mayorga’s lawyer due to this conduct.  Mayorga and her lawyer argued that that the privilege did not cover the documents in the first instance and the perhaps the crime–fraud exception applied.  And, remarkably, Mayorga’s lawyer argued that Ronaldo waived the privilege by not doing enough to stop her from disclosing the Football Leaks documents.

The lawyer’s continued use of the purloined privileged documents after the court granted the motion to strike was perplexing because “an order striking documents on the basis of privilege can be fairly interpreted to preclude a party from repeatedly filing and relying on those same documents.”  The court found little precedent showing lawyers who would “stoop to this level” but easily determined that a case-terminating sanction was the only remedy.

In the end, the court found that the lawyer’s intentional and active procurement of Ronaldo’s privileged documents and repeated use of them to prosecute the case “has every indicia of bad faith.” And the court found that no arbiter could distinguish between what Mayorga actually remembered about the 2009 incident or the 2010 settlement and what she learned through reading the confidential, privileged materials.  As a result, disqualification of the attorney due to his bad-faith conduct in obtaining and then repeatedly using the privileged documents was insufficient.

So, in short, “nothing less than a with-prejudice dismissal will purge the taint that has permeated this case from its very inception and preserve the integrity of the litigation process.”

Thanks to my friend and excellent lawyer John Day for alerting me to this decision.