If you read my post on the University of Iowa’s lost privilege for an internal investigation, you know that the court’s primary ruling was that the college did not prove that it retained the law firm for legal-advice reasons. And the engagement letter’s (lack of) language was a key culprit in the 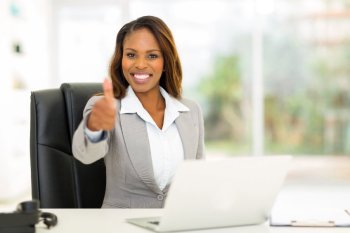 Now, let’s look at a different way to conduct internal investigations. In Anaya v. Birick, 2022 WL 1523640 (N.D. Ill. May 13, 2022), available here, the court upheld the privilege over a lawyer–investigator’s investigation because the engagement letter proved that the client’s law firm retained the investigator to assist the firm in providing legal advice. Quite the contrast, so let’s discuss it.

Allegations and an Investigation

A Human Resources Manager at Reed Illinois Corporation resigned and dropped a bomb—she sent a 12-page letter to Reed’s President & COO outlining several allegations of racism, including the failure to promote a Hispanic man, Jesse Anaya.   Following this explosion, Reed’s outside corporate counsel retained the Rachel Albin to investigate the discrimination allegations.  Ablin began its engagement letter this way:

This image is a bit tough to read, but it says that the purpose of Albin’s investigation is “to assist” outside corporate counsel “in providing legal advice to Client and/or in anticipation of potential future claims or litigation.”

Unlike the “Scope of Services” description in the University of Iowa’s engagement letter, available here, Albin’s scope of services included “legal services” in “the form of an impartial workplace investigation.” And it specifically said that the privilege protects her services.

While a poor copy, you may read the full engagement letter here.

An Email and a Privilege Objection

Reed fired Anaya shortly after the HR manager’s letter bomb, and Anaya filed suit claiming discriminatory motivations for the termination.  And in the suit, Anaya sought a particular email between Albin, the lawyer–investigator, and Reed’s outside corporate counsel.

The email was a dual-purpose one.  Albin informed Reed’s lawyer that Anaya would not participate in the investigation without counsel present, and Reed disclosed this portion of the email.  Reed asserted privilege over and redacted the lawyer’s response to Albin regarding her communications with Anaya’s manager.

While Anaya agreed that the privilege covered the redacted segment, he claimed that Reed’s outside counsel waived the protection by disclosing it to Albin, the lawyer–investigator.  Anaya wanted that redacted portion of the email, and waiver was his ticket.

But the court didn’t allow it, ruling instead that the attorney–client privilege protected the redacted portion from disclosure.  The court noted that, typically, disclosure of privilege material to a third party waives the privilege, but also that “there is a well-recognized exception to this general rule when that third party is present to assist the attorney in rendering legal advice.”

The question became whether Reed’s outside lawyer retained Albin for legal-advice purposes.  If yes, then the privilege protected the redacted portion but, if not, then Albin was a regular ole non-lawyer investigator like the law firm in the University of Iowa case, and privilege waiver occurred.

Like the Iowa court, this court looked first to the engagement letter.  And this ended the inquiry because the letter stated clearly that Reed’s outside corporate counsel hired Albin to conduct an independent investigation “to assist” the lawyer in “providing legal advice” to Reed.

Disclosing privileged communications to Albin, then, did not constitute waiver because Albin was not a third party for waiver purposes.

When you have the time, read my discussion on the Iowa decision and see how Reed Illinois Corporation structured the investigation differently.  In the Iowa matter, the law firm’s engagement letter said, in the first sentence, that the University retained it to “provide legal services.”  But the letter was otherwise silent on any legal-advice purpose, and the “Scope of Services” section simply discussed a factual investigation without connection to legal advice.

Reed, by contrast, asked its outside corporate counsel for legal advice and, to provide that legal advice, counsel retained another law firm to conduct the investigation.  The engagement letter mentioned, more than once, that the engagement’s purpose was to help counsel supply Reed with legal advice.

Two different investigation processes, one designed to secure privilege protection and one failing to do so.  And that’s exactly how it turned out.