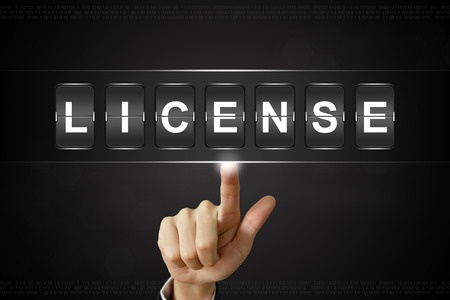 Pennsylvania’s Bar Admission Rules.  The USDC for the Middle District of Pennsylvania ruled that the absence of a Pennsylvania law license did not vitiate the attorney–client privilege, but referred the issue to Pennsylvania’s Disciplinary Board to investigate whether the lawyer engaged in the unauthorized practice of law.  Scranton Prods., Inc. v. Bobrick Washroom Equip., Inc., 2016 WL 3193482 (M.D. Pa. June 3, 2016).  You may read the decision here.

Licensure Requirements and the Unauthorized Practice of Law

Rule 302 of the Pennsylvania Bar Admission Rules requires lawyers working for non-governmental business entities to obtain a Limited In-House Corporate Counsel License before practicing law within the state.  Rule 5.5(b)(1) of the Pennsylvania Rules of Professional Conduct prohibits an in-house lawyer licensed in another state from practicing within Pennsylvania unless she has obtained a Rule 302 corporate-counsel license.

These Pennsylvania rules mirror ABA Model Rule 5.5(d), which generally permits an in-house lawyer to provide limited legal services through her company’s out-of-state office without engaging in the unauthorized practice of law. The rule notes, however, that states may require corporate counsel to obtain a special license.  See ABA Model Rule 5.5 cmt. 17.

Scranton Products’ in-house lawyer was fully licensed to practice law in California. When first hired in 2013, the lawyer worked and maintained an office in Scranton, PA, but eight months later relocated to Illinois.  While based in Illinois, he “kind of ha[d] an office in Pennsylvania” and worked out of the Pennsylvania office “every two or three months.”

The in-house was aware of Rule 302’s corporate-counsel licensing requirements, but never obtained that license.  In a business-litigation lawsuit brought by Scranton Products, the defendant moved compel communications with this in-house lawyer, arguing that the privilege did not apply because the lawyer was not licensed in Pennsylvania—the state where the putatively privileged communications occurred.

While upholding the company’s privilege, the court referred this matter to the Pennsylvania Supreme Court’s Disciplinary Board to determine whether the in-house lawyer’s conduct “may constitute a violation of Rule 302.”

The Scranton Products case inserts another piece to the in-house-lawyer-privilege puzzle.  Chart 13, p. 39, of the 2015 Comprehensive Guide to Bar Admission Requirements reveals that 33 states require a foreign in-house lawyer to obtain a limited law license to practice for her employer in another state.  Scranton Products tells us that the failure to obtain a corporate counsel license may constitute the unauthorized practice of law, but will not destroy the attorney–client privilege.

2016-06-13
Previous Post: Trends in Privilege and Post-Accident Investigations
Next Post: Protecting the Privilege in a Post-Yates Memorandum World