Trends in Privilege and Post-Accident Investigations

Republished with permission. This article first appeared in Law360 on December 22, 2015.

Companies that utilize their legal departments to self-investigate 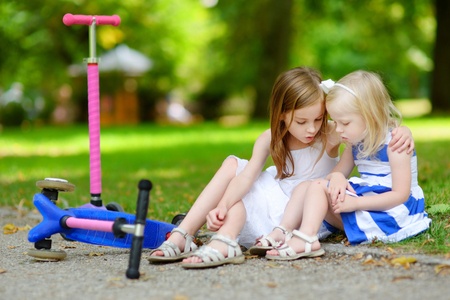 incidents involving their products or services often assume that the corporate attorney–client privilege protects the investigation from disclosure in any subsequent litigation.  A recent decision from a Connecticut trial court declaring that the attorney–client privilege did not protect a corporate paralegal’s post-accident investigation highlights an opposite trend and provides lessons for corporate counsel.

In Segway, Inc. v. Special Olympics Conn., Inc.,[1] the Special Olympics of Connecticut (SOCT) wanted to host an event for law-enforcement personnel that included an obstacle course featuring Segway Personal Transporters.  Segway agreed to supply SPTs for the event, but became concerned when it learned that one leg of the course included participants navigating SPTs through the course while blindfolded!

Segway therefore observed a dry run in which college-student volunteers rode SPTs through the obstacle course.  One student volunteer, however, crashed during the dry run, suffered injuries, and sued Segway.  Segway settled for $10 million and sued SOCT for indemnification.

Upon learning of the volunteer’s incident, Segway’s in-house legal department directed one its paralegals to investigate the matter.  During discovery of the indemnification case, SOCT sent a notice of deposition seeking to depose Segway corporate designees on a variety of topics, including its investigation.  Segway produced its corporate paralegal for the corporate-representative deposition, largely because more knowledgeable employees had left the company, but, citing the privilege, refused to allow her to answer questions about her investigation.

SOCT asked the court to compel the paralegal to answer questions about her investigation.  The court correctly held that the corporate attorney–client privilege extends to agents or employees of an attorney, which would include as in-house paralegals.  And the court recognized that courts construe the corporate privilege narrowly and apply it only where (1) the attorney is acting in a professional legal capacity; (2) a current employee communicates with the attorney; (3) the communication relates to legal advice that the company seeks from the attorney; and (4) the employee makes the communication in confidence.

Segway, the court ruled, failed to prove these four elements. The court found that Segway failed to prove “by any evidence or affidavit” that the paralegal conducted the investigation “for providing such information in connection with legal advice to be given to the corporate client.”  Somewhat confusingly, the court cautioned SOCT’s lawyer against questioning the paralegal about information “specifically obtained for the purpose of determining trial strategy and/or for settlement,” yet permitted SOCT to depose the paralegal about her post-accident investigation.

Following a hotel guest accident, the hotel’s employees—pursuant to company policy—completed incident reports titled “General Liability Claim Report Form,” and sent them to the hotel’s Risk Management Team.  In a subsequent lawsuit, the plaintiff moved to compel production of these incident reports, but the hotel objected on grounds that the attorney–client privilege and work-product doctrine precluded their disclosure.

The court also rejected the hotel’s work-product objection.  Noting that the work-product doctrine protects documents prepared by an attorney or his agent in anticipation of litigation, the court found that the hotel submitted no evidence that its attorneys directed the hotel employees to prepare the incident reports or that the reports reflected attorneys’ thought processes and mental impressions.

Instructively, the court stated that simply making the conclusory statement that the employees prepared the incident reports in anticipation of litigation is insufficient, particularly when employees prepare the reports in the ordinary course of business.  After conducting an in camera review, the court found that found that the hotel completed the incident reports “in the ordinary course of business, per corporate policy, which may have the incidental effect of being helpful in the event of future litigation.”

The court distinguished its situation with the incident-report situation in Fojtasek v. NCL (Bahamas) Ltd.[3]  In Fojtasek, legal counsel requested that an employee prepare an incident report and then send that report to the company’s legal department.  The company supported the privilege and work-product assertions with a detailed affidavit explaining the request, reasons for the report, and how the company used the report.  In contrast, employees in Nelson prepared the incident reports pursuant to existing corporate policy—in the ordinary course of business—and sent the reports to the risk department.

Other cases provide similar discomfort to in-house legal departments.  In Mega Manufacturing, Inc. v. Eighth Judicial District Court,[4]  the Nevada Supreme Court ruled that the attorney–client privilege did not protect from disclosure a post-accident investigative report by a manufacturer’s engineer, even though the investigator sent the report to the manufacturer’s outside counsel.  And in Hooke v. Foss Maritime Co.,[5] the Northern District of California ruled that the work-product doctrine did not protect the company’s Internal Incident Investigation Report from discovery in large part because the company failed to show that it prepared the report “at the specific direction of counsel in anticipation of litigation rather than pursuant to a general protocol or course of business established by the defendant.”

Corporate lawyers appropriately frightened by this trend can take some comfort—and lessons—from a Washington appellate court’s ruling that the attorney–client privilege protected a post-accident investigation report from discovery in a personal-injury case.  In Doehne v. Empres Healthcare Mgt., LLC,[6] the plaintiff left a healthcare facility managed by the defendant, Empres, and tripped and fell on a wheel stop in the parking lot.  Empres has an in-house legal department as well as a risk-management department, and the risk manager “acts as a conduit between the legal department and insurers regarding liability issues.”

After the accident, Empres’s legal department directed the risk manager to conduct an investigation into the wheel-stop fall.  The risk manager then instructed an Empres operations manager’s administrative assistant to do the investigation and prepare a report.  And she did so “consistent with how [she] generally performed these tasks for [her] employer.”

Using language that corporate legal departments may in the future cite with some frequency, the appellate court stated that the “attorney–client privilege applies to any information generated by a request for legal advice, including documents created by clients with the intention of communicating with their attorneys.” (emphasis added).  By contrast, the privilege “does not protect documents that are prepared for some purpose other than communicating with an attorney.”  (emphasis added).

While a report from an operations manager’s administrative assistant seems far removed from the legal department—particularly when compared to the corporate paralegal in Segway—Empres submitted the assistant’s declaration stating that she prepared the report for and provided it to Empres’s “risk management and legal departments.”  And this declaration sealed the privilege, with the court noting that the privilege applies “to communications between in-house counsel and multiple lower-level employees in an organization when those communications are made in order to secure legal advice.”

The plaintiff argued, with support, that the assistant prepared the report consistent with her regular duties and did not provide the report to any specific attorney.  While true, the court rejected this theory, noting that “the purpose rather than the manner of preparation guides [its] analysis.”  And because Empres proved that the assistant prepared the report to assist in-house counsel in addressing liability issues, the privilege protected it from discovery.

The Segway decision highlights an increasing trend of courts engaging in a strict privilege analysis when corporate legal departments—and particularly corporate risk-management departments—conduct post-accident investigations.  One can question how the court can find that a corporate paralegal’s investigation into an injury accident—at the direction of an in-house lawyer—is not for the purpose of providing legal advice to the company.  But it appears the ruling arises from Segway’s failure to produce actual evidence that the paralegal’s investigation was legal-advice related.

Companies and their counsel should take instruction from the Doehne and Fojtasek cases where the defendant–companies proved that their legal departments directed their respective investigations.  Even if a corporate policy mandates post-accident investigations, the legal department’s directing the investigation and receiving the resulting report will greatly increase the chances that a court applies the privilege.

In sum, in order to establish the privilege, companies should endeavor to have its counsel, in-house or outside counsel, direct the investigation, even if delegated, and ensure that the investigation findings are for the purpose of the attorney rendering legal advice to the company.  Otherwise, post-accident reports conducted by business employees for business employees will likely receive no privilege protection.  The bottom line is that courts increasingly scrutinize any privilege claim emanating from corporate legal departments, and companies that simply presume that the privilege covers all post-accident investigations and reports do so at their own peril.