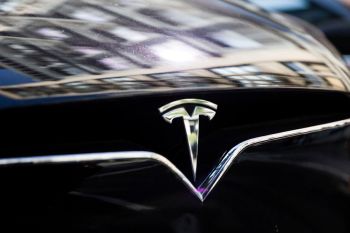 Tesla sued one of its former engineers, Guanghi Cao, alleging that he uploaded Tesla’s Autopilot source code and took that proprietary information to a competitor, Xiaopeng Motors Technology Company. Calling this source code the “crown jewel of Tesla’s intellectual property portfolio,” Tesla sought significant monetary damages.  For his part, Cao admitted uploading the source code, but denied that he used it at Xpeng.

It was the Epoch of Belief

During discovery, Cao sought production of the notes from and summaries of interviews conducted by Tesla’s internal investigators. Tesla lawyers did not prepare these notes and summaries but attended some—but not all—of those interviews.  Cao further claimed that, as admitted by a Tesla employee, it was “standard practice” of conducting interviews and writing summaries during an investigation.  For these reasons, Cao argued, Tesla conducted the internal investigation for routine business purpose and not for the purpose of obtaining legal advice.

The court noted, however, that the corporate attorney–client privilege protects communications from the client’s employees to the client’s lawyer—or the lawyer’s subordinates. And Tesla proved that the primary purpose of the interviews was to secure legal advice. Tesla showed that its interviewers, while not lawyers, conducted the interviews for counsel to provide legal advice. Tesla’s lawyers reviewed the interview transcripts and assessed the legal landscape by reviewing the notes and summaries saved to an investigation file.

The court brushed aside the “standard practice” testimony, saying that, even if true, that does not foreclose a finding that Tesla conducted this particular investigation for the purpose of obtaining legal advice. And because Tesla proved the legal-advice element, the court upheld the privilege.

It was the Epoch of Incredulity

And with good reason.  Xpeng’s CEO, Xinzhou Wu, filed a declaration, available here, stating that, to his knowledge, Cao never provided Tesla’s source code to Xpeng employees. Tesla’s lawyers deposed him and asked the basis for this statement and Wu said that the basis was Xpeng’s investigative report.  But Xpeng’s lawyers objected to further questioning about the report’s content, claiming privilege.

The court rejected Tesla’s waiver argument because Wu’s testimony about the basis of his denial was “conclusory and undetailed.” The court held that waiver does not occur where a disclosure about an internal investigation is “little more than ‘undetailed conclusions about its investigation,’ and were not used in support of a legal claim.”  Xpeng—here a third party—was not discussing its investigation as part of claim or defense but in response to discovery-related questions.  And that is insufficient, the court ruled, to find privilege waiver.

So, Tesla enjoyed the spring of privilege hope but also endured the winter of privilege despair. Let us all remember why in our own privilege tales.