The great legal debate continues. You know, whether Chicago’s deep-dish or New York’s thin-crust is the preferred pizza recipe. But a different recipe—with foreign subpoena, interstate deposition act, and conflict-of-laws ingredients— commenced another debate: whether Illinois’ or New York’s 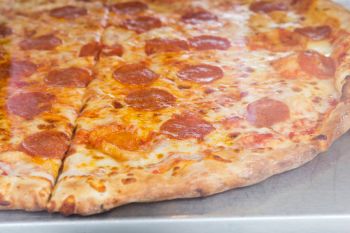 privilege law applied to an insurance company’s request for another’s claims file. And in what some (but not me) may describe as home cookin’, the Illinois court chose Illinois law—even though the discovery request came from a New York court deciding a New York-based coverage dispute. Let’s discuss why.  Cascade Builders Corp. v. Rugar, 2021 Il. App. 192410 (Feb. 5, 2021). You may read the opinion here.

In a New York state court, Utica First Insurance Company battled with Cascade Builders Corporation over coverage of a construction project gone bad. Interstate Fire & Casualty Company, based in Illinois, paid the claim and assigned its right to Cascade which, in turn, sued Utica.

Interstate filed a motion with the Illinois court, ultimately claiming that the privilege covered portions of its claims file—the consultant documents, internal evaluation of investigative materials, and a detailed report from counsel.  The parties agreed that Illinois privilege law protected these documents from compelled discovery.

So, the question became whether New York or Illinois privilege law applied to this claims-file dispute.

And it’s a good question because the New York court has an interest in adjudicating the dispute with all relevant, discoverable evidence before it, and the facts of the underlying dispute arose in NY and affected New York-domiciled parties. But Illinois has an interest in protecting its companies from disclosing information that its laws protect.  Where to turn?

We turn, as the Illinois court did, to Illinois’ UIDDA.  Under this act, a party must file any application to quash a foreign subpoena with the local court that issued the subpoena, and the court must apply its state’s “rules and statutes.”  UIDDA committee comments provide that the “rules and statutes” include the forum state’s evidentiary rules and, importantly, its conflict-of-laws rules. The court held that this provision means that, in deciding Interstate’s privilege claims, it will apply Illinois’ conflict-of-privilege-laws rules to determine whether New York or Illinois’ privilege law governs the dispute. 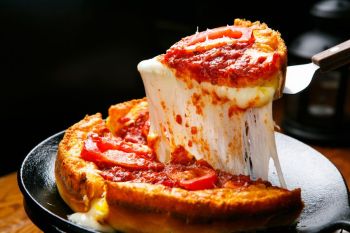 A choice-of-law analysis is not a purely academic exercise, as to meet its initial burden Utica must demonstrate not just a conflict of law but one that will actually make a difference in the outcome.

And, here, Utica failed at this threshold step. Utica relied upon a general proposition, purportedly under New York law, that the contents of an insurer’s claims file is “presumptively discoverable.” The Illinois court, however, disagreed with this legal analysis and, doing its own research, found that Interstate would have the option to assert a privilege objection to a request for a claims file.

And as for the great pizza debate, well, the winner is obvious to any rational person.