NFL Commissioner Roger Goodell once quipped that his job is “protecting the shield,” a phrase referencing the League’s iconic shield-shaped logo and conveying that he protects the game’s integrity. Perhaps it also means protecting the NFL’s attorney–client privilege.

In a coverage dispute with several insurers over costs related to the defense of CTE Litigation, the NFL defeated the insurers’ privilege-piercing arguments that the insurance contracts’ cooperation clauses and the insurers’ common 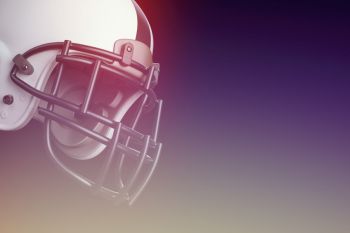 Starting in 2011, several former NFL players filed a variety of lawsuits, including a putative class action, alleging that the League failed to protect them from chronic risks associated with concussive head injuries, including Chronic Traumatic Encephalopath (CTE), and then concealed those risks.

The lawsuits were consolidated into an MDL in the U.S. District Court for the Eastern District of Pennsylvania and, in 2015, that Court approved the parties’ settlement terms, including the NFL establishing an uncapped monetary award fund. For a detailed review of the claims and settlement approval, you may read the Court’s order here.  The Third Circuit affirmed the approval in an opinion you may read here.  And PBS provided a good summary, which you may read here.

The NFL, of course, made a claim to its insurers for reimbursement of defense and settlement costs related to the CTE Litigation. Many of those insurers sought a declaratory judgment that the policies did not provide coverage. You may read one of the Complaints here.

During the coverage litigation, the insurers sought production of the NFL’s “underlying defense files” generated by the NFL and its counsel. The carriers specifically sought—

1.  The NFL’s analysis of the underlying plaintiffs’ claims and the NFL Parties’ defenses to those claims;

2.  The NFL’s valuation of the underlying claims; and

3.  The negotiations of the underlying settlement.

The NFL refused, arguing that the attorney–client privilege and the work-product doctrine protected the information from compelled disclosure.

Three Arguments and a Referee

The Discovery Referee, in a thorough opinion available here, rejected each of these arguments. The Referee, citing several cases, held that an insurance contract’s cooperation provision does not operate as a per se waiver of privileged information—unless the clause contains explicit waiver statements.  And here, the general provision did not override the NFL’s reasonable expectation of confidentiality in communicating during the defense of the CTE Litigation.

The Referee also rejected the insurers’ attempted offensive use of the common-interest doctrine. The doctrine typically permits—but does not require—parties with a common legal interest to share privileged information without waiving the privilege. The Referee rejected this argument for multiple reasons, including that the insurers’ “argument for reading this doctrine as a rule mandating disclosure by a party to another person based on their asserted common interest is incompatible with the rationale for, and substance of, the doctrine.”

And the Referee rejected the at-issue-waiver argument, finding that, at this stage of the litigation, the NFL has not indicated that it intended to rely on its counsel’s settlement analysis of the CTE Litigation.

The Trial Court, in an Order available here, approved the Referee’s findings and conclusions after the insurers argued that the Referee had “overlooked” a few things. And most recently, the Appellate Court affirmed the Trial Court, succinctly stating—

Cooperation clauses in insurance policies do not operate as waivers of the NFL’s attorney–client privilege and work-product protection;

There was no privilege waiver simply because the NFL and the insurers had a common interest in the outcome of the CTE Litigation; and

The NFL did not put its protected information “at issue” by “merely seeking coverage.”