Shareholders have a statutory prerogative to access their corporation’s books and records in most, if not all, states. But does that right extend to the company’s privileged communications? The answer is yes, but only in narrowly tailored circumstances. And in a shareholder’s lawsuit to obtain Facebook’s privileged Board communications, the social-media company successfully persuaded the Delaware Chancery Court that those narrow circumstances did not apply. Employees’ 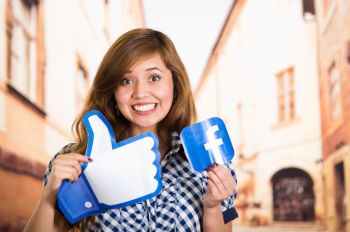 In 2012, Facebook entered a Consent Decree with the Federal Trade Commission settling issues related to data-privacy breaches. But, according to the FTC, Facebook failed to follow that decree as you can read in the FTC’s Complaint. Part of the alleged violations included an unauthorized release of confidential information to data-analytics firm Cambridge Analytica. The result of the FTC’s investigation led Facebook to agree to a record-breaking $5 Billion Stipulated Order for Civil Penalty with the FTC in 2019.

The shareholder wanted the privileged communications for the purpose of investigating whether Facebook overpaid in its $5 Billion settlement to protect CEO Mark Zuckerberg from substantial personal liability.

There was no dispute that the attorney–client privilege covered the information sought by ERSRI. The question was whether the Garner privilege exception applied in this situation. This exception arises from the Fifth Circuit’s decision in Garner v. Wolfinbarger, 430 F.2d 1093 (CA5 1970), that permits shareholders to access the company’s privileged communications upon a showing of “good cause.” In other words, the company may assert the privilege when in a dispute with a shareholder, such as in a shareholder-derivative action, but the shareholder may overcome the privilege by showing there is a good cause to do so.

To determine whether good cause exists, Garner identified multiple factors to consider, including the nature of the shareholder’s claim, the necessity of the shareholders having the information, the availability of the information from other sources, whether the shareholder is “blindly fishing” or has a specific communication in mind, and whether the alleged corporate misconduct is criminal or of doubtful legality. You may read more about these non-exhaustive factors in Pennsylvania Adopts Garner Privilege Exception for Shareholder Derivative Actions.

Delaware applies the Garner exception, and ERSRI invoked it to obtain Facebook’s privileged communications and Board minutes. Delaware interprets the Garner exception as “narrow, exacting, and intended to be very difficult to satisfy.” And while its courts may assess all of the Garner factors, the focus is on–

1.  Whether the underlying claim is colorable;

2.  The necessity of obtaining the information and its availability from other sources; and

3.  The extent to which the shareholder specifically identifies the information as opposed to engaging in “a blind fishing expedition.”

Applying the funneled-down Garner factors, the Chancery Court in this case asked whether ERSRI had “exhausted every available method of obtaining the information they seek.” The shareholder argued that the information was not available from other sources because Facebook’s settlement-related communications were likely privileged.

But this argument failed because there was no “demonstration” that it could not obtain the information it sought—discussions about the reasons for paying a record-breaking settlement to the FTC—from other sources. Indeed, the shareholder admitted during argument that it had not received, and therefore not reviewed, non-privileged information that may shed light on the FTC settlement discussions.  These include communications between Board members—not involving a lawyer—about the reasons for voting to approve the settlement.

In short, Delaware’s inspection statute gives shareholders “what is essential,” but stops at “what is sufficient.” The non-privileged information appeared sufficient, and the Garner exception did not allow a deeper dive.

2021-02-23
Previous Post: To CC, or Not to CC, That is the In-House Privilege Question
Next Post: Protecting the Shield: NFL Wins Privilege Dispute with Insurers over Defense of CTE Litigation