Privileges in 2018–Year in Review

Another interesting year in the law of evidentiary privileges, including the apparent death and 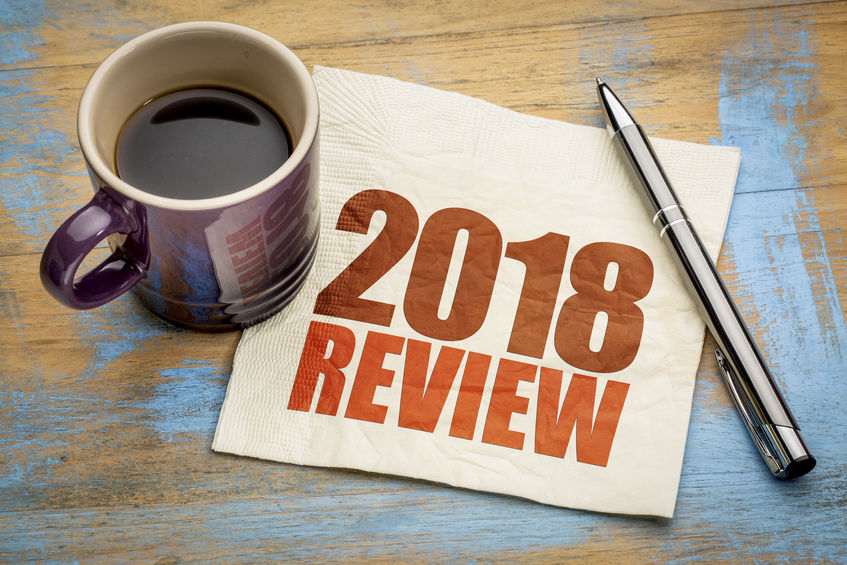 resurrection of the attorney-client privilege, has concluded. The Trump Administration continued to foster debate over privilege protections, Justice Kavanaugh’s privilege opinions, while perhaps not the primary focus of his Senate confirmation hearings, came to the forefront, and courts issued more privilege rulings in post-event investigations by corporate counsel.

So, for the one or two of you who have not studied each POP post in 2018, here is my year-in-review.

In April 2018, following the FBI raid on Michael Cohen’s office in Trump Tower, President Trump declared that the “attorney-client privilege is dead.” Luckily I did not accept this edict and shut-down my blog, for the SDNY appointed a special master to protect privileged documents from federal prosecutors’ view.  Re-live the story in my post, Reports of the Privilege’s Death are Greatly Exaggerated, along with my follow-up piece, Privilege Issues Facing the Trump-Cohen Special Master.

Just prior to his nomination to the Supreme Court, then-Judge Brett Kavanaugh issued an excellent opinion on how the privilege applies when in-house counsel communicate on legal and business issues. Read my review of the opinion at the post, SCOTUS Nominee’s Latest Privilege Opinion: A Win for Corporate Legal Counsel.  And during his confirmation hearings, I summarized all of his privilege-related opinions while a circuit judge, which you may read here.

We saw again in 2018 that privilege issues continue to arise during internal investigations. First, let’s board the Chattanooga Choo-Choo where we will discover Judge Chris Steger’s opinion finding privilege waiver when a school board published its lawyer’s internal-investigation report.  Read about this opinion in my post, Pardon Me, Boy. Does the Release of Atty’s Investigation Report Waive the Privilege?

Second, one company and its in-house lawyers attempted to circumvent privilege waiver by creating a “memo about a memo.” It did not turn out well, as you can see in my post, Well, That Backfied. A Privilege-Waiver Tale for Internal Investigations and In-House Counsel.

And finally, if you think the privilege covers all post-accident reports, even when authored by the General Counsel, then my post, Mardi Gras is Over: NOLA Court Rejects Privilege for GC’s Post-Accident Form, will make you re-think that position.

In addition to the internal-investigation opinions that involved or affected in-house lawyers, other privilege issues arose in 2018 for this select group. A Colorado judge rejected the privilege for Marriott’s strategic plan, even the portions authored by Marriott’s in-house lawyers. Read about that interesting ruling at No Room in the Inn: Marriott’s Legal Dep’t Loses Privilege over Strategic Plan Memo.

When a federal grand jury sought testimony from a company’s GC, the Fourth Circuit held that the company and its GC did not waive the company’s privilege by previous disclosures to the DOJ because they had entered into a Non-Waiver Agreement.  This is good precedent for those companies cooperating with government-enforcement authorities. Read about it at Non-Waiver Contract Saves GC from Disclosing Privileged Info to Grand Jury.

A hole-in-one at a PGA event ultimately led to the deposition–and loss of privilege–for a company’s GC. Read about this interesting situation at, Hole-in-One Leads to GC’s Deposition. Here’s How.

Here is another interesting one. May a company’s advice-of-counsel defense waive the privilege for in-house lawyers’ communications in addition to outside counsel’s advice. I posed–and discussed–that question at Does Advice-of-Counsel Defense Waive Privilege for In-House Lawyers?

In years past, many courts held that the work-product doctrine or common-interest doctrine protected information that a party supplies to a potential litigation-funder. But in 2018, one court held the opposite–that there is no privilege protection. Read my post, Court Orders Production of Documents Shared with Litigation-Financing Firm, for more information.

Lawyers and courts struggle with the waiver issue when personal-injury plaintiffs seek emotional-distress damages. Does a plaintiff’s assertion of an emotional-distress claim waive her psycho-therapist privilege? If so, in what circumstances.  With courts all over the board on this issue, Judge Iain Johnston, never afraid to tackle difficult issues, held that a plaintiff’s assertion of even garden-variety emotional-distress claims waives the privilege. Read about it at No Half Measures: Privilege Waiver for Garden-Variety Emotional-Distress Claims, and then ponder whether this decision will start a trend in the same direction.

Every year issues arise over the privilege for communications between a company’s lawyer and employees of an affiliate company, and 2018 was no different. The USDC for E.D. Missouri sustained a parent company’s privilege assertion over its in-house lawyers’ communications with a defunct subsidiary, which you may read about at Parent Corp. Successfully Invokes Privilege for Dissolved Subsidiary–Here’s How.

Individuals and companies defending personal-injury claims in Oregon should become aware of a 2018 opinion from the Oregon Supreme Court.  The result of the opinion is that personal-injury plaintiffs may assert the privilege over their communications with physicians–even repeating the doctor’s diagnosis and prognosis–while putting their physicians testimony into evidence. Read about it at Oregon’s Sword and Shield.

We see litigants raising the Kovel Doctrine from time-to-time in efforts to avoid privilege waiver, but saw a plethora of those cases in the 4Q of 2018. Each offers a lesson for the rest of us, so take a minute and review my summary, Deck the Halls with Boughs of Kovel.

2018-12-31
Previous Post: Deck the Halls with Boughs of Kovel
Next Post: Mamma Mia! Don’t Bring Your Parents to a Lawyer Meeting