No Half Measures: Privilege Waiver for Garden-Variety Emotional-Distress Claims

You remember the scene. You know, the scene in Season 3, Episode 12 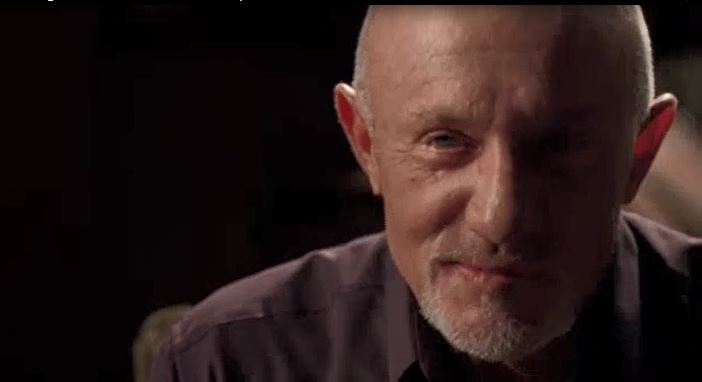 of Breaking Bad, where Mike Ehrmantraut, the do-it-all cleaner, hitman, and investigator, gives his “half-measures” speech to Walter White, artfully imploring White to eliminate co-meth-dealer Jesse Pinkman. Ehrmantraut concludes his riveting personal anecdote by saying: “Moral of the story is I chose a half measure when I should have gone all the way.”

Judge Iain D. Johnston, unafraid to employ full measures when addressing thorny privilege issues, as evidenced in my post, Monty Python, Sinatra, and Rejection of the Self-Critical Analysis Privilege, adhered to Ehrmantraut’s directive by ruling that a plaintiff completely waives the federal common-law psychotherapist–patient privilege when he seeks damages for mental-health injuries. This is true even where the plaintiff limits damages to so-called “garden-variety” emotional injuries. Laudicina v. City of Crystal Lake, 2018 WL 5389844 (N.D. Ill. Oct. 29, 2018). You may read the thorough opinion here.

What is “Garden Variety”?

Laudicina later filed a § 1983 action against the City and Krol claiming that Krol used excessive force, causing Laudicina to incur physical injuries and “emotional anxiety, mental trauma, humiliation, fear, [and] stress.” When the defendants asked Laudicina to identify his emotion damages, Laudicina said that he “incurred emotional injuries (characterized by Courts as ‘garden variety’) as a result of being shot.”

Judge Johnston noted that federal courts employ three approaches to the scope of privilege waiver when a plaintiff sues for mental-health damages—the narrow, the broad, and the middle-of-the-road. (Is it me, or are there always exactly three approaches to every legal issue?)

Courts following the broad approach hold that, simply, “plaintiffs waive the privilege by merely seeking damages for emotional distress.” Courts taking a narrow view find privilege waiver only where a plaintiff “affirmatively relies” on communications with her mental-health professional.  The middle-ground approach attempts to split the baby—finding no waiver if a plaintiff seeks only “garden-variety” mental-health damages.

Judge Johnston cites to Flowers v. Owens, 274 FRD 218 (ND Ill. 2011), for “an extremely valuable launching point for anyone considering this issue.” If you accept this recommendation (and you should), you may read the Flowers decision here.

For precedential, analytical, and practical reasons, the Court applied the broad approach, ruling that Laudicina waived any psychotherapist–patient privilege despite his attempt to self-limit his mental-health damages to the “garden-variety” kind. First, the Court read the decision in Doe v. Oberweis Dairy, 456 F.3d 704 (CA7 2006) (Posner, J.), as binding authority to apply the broad approach.

Second, the Court, regardless of Oberweis, found the middle-ground approach “analytically unsound.” Saying that one’s mental-health injuries are “garden-variety” essentially means that the plaintiff is not “seeking a lot of money.” But why should that matter? This approach, the Court determined, “allows plaintiffs to seek emotional distress damages—real dollars, regardless of how few—without allowing defendants the full opportunity to even seek discovery to contest those claimed damages.”

Third, the Court found the “garden-variety” limitation on privilege waiver impractical to apply in day-to-day cases, noting that “[a]ttempting to reconcile when a plaintiff is merely seeking ‘garden variety’ damages as compared to something more is a fool’s errand.” Does it include depression? Anxiety? Sleep loss? Nausea? Nightmares? Panic attacks? In short, the moniker encompasses different ailments for different courts, leading to inconsistent decisions.

So, according to Judge Johnston, a plaintiff waives his psychotherapist–patient privilege when he seeks damages for mental-health injuries. No half measures.

And to reinforce the import of this ruling, or for pure entertainment, listen to Mike Ehrmantraut’s “half-measures” monologue—will it persuade other courts to follow Judge Johnston’s thorough analysis?