In a personal-injury case, the plaintiff generally waives any privilege protecting communications with her health-care providers regarding the injuries for 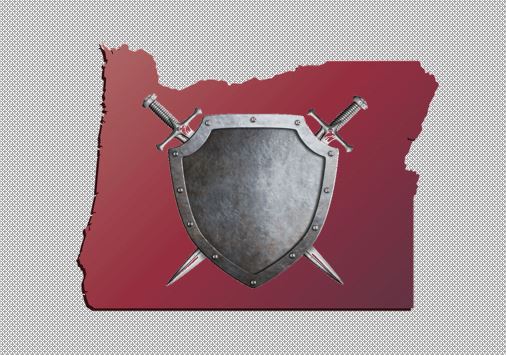 Not in Oregon. The state’s supreme court ruled that the physician–patient privilege precludes discovery of the plaintiff’s communications with her physician even where her medical treatment is at issue.  The court’s opinion is so draconian that it prohibits a defense lawyer from asking deposition questions as routine as “what injury did you receive?”

The court’s decision offered a potential—but unanswered—waiver argument (discussed below), but otherwise allows Oregon plaintiffs to use the physician–patient privilege as a sword and a shield in personal-injury cases. Hodges v. Oak Tree Realtors, Inc., 426 P.3d 82 (Ore. 2018).  You may read the decision here.

Oregon Evid. Code 40.325, or Rule 504-1, provides a patient, in a civil action, a privilege to refuse to disclose confidential communications with her physician.  The rule contains a “nonexclusive list” (remember this phrase) of three exceptions for communications made to a physician during a:

Do the last two exceptions sound redundant to you?

Janet Hodges suffered multiple injuries when the apartment balcony on which she was standing collapsed.  In a suit seeking compensation for her injuries, the defense lawyer asked these routine questions:

Standard, non-controversial questions, correct? Plaintiff’s counsel objected, claiming that the answers would reveal communications with her physician which the physician–patient privilege precluded.

The defendant argued that the privilege exception for ORCP 44 examinations applied. This was a difficult argument because the plaintiff’s physician examined her in the ordinary course of medical diagnosis and treatment and not under a court-ordered independent medical examination that ORCP 44 authorizes.

What about At-Issue Waiver?

The court did not discuss, but it is worth mentioning here, that Rule 511 provides that at-issue waiver “does not occur with the mere commencement of litigation.”  At-issue waiver only occurs when the plaintiff’s physician provides evidentiary (as opposed to discovery) testimony.  Barrier v. Beaman, 390 P.3d 1908 (Ore .2017).

At-issue waiver is apparently a dead issue during discovery.

The defendant, with assistance from the Oregon Association of Defense Counsel’s well-written amicus brief, available here, also argued that the court should create an exception for the “routine practice of a defendant deposing a plaintiff about her injuries, treatment, and communications with her providers.”  The court declined, telling defense counsel to take those arguments to the legislature.

The court identified an argument that the defendant failed to make, foreshadowing a potentially successful privilege-waiver argument.  The plaintiff produced her medical records to the defendant which, of course, contain information about her medical examination.  The court would not say whether this production waived the privilege, so we will have to wait for a future defendant to make this argument.

In sum, unless the production of medical records waives the privilege, an Oregon plaintiff–unlike in most other states–may use her physician’s testimony about injuries at trial (the sword), but effectively withhold from discovery the plaintiff-patient’s communications with her physician—even for simple factual questions about her injuries (the shield).

2018-11-06
Previous Post: You Can’t Always Get What You Want
Next Post: No Half Measures: Privilege Waiver for Garden-Variety Emotional-Distress Claims