Privilege, sex, criminal investigations, and hyperbole.  Of course, I am referring to another eventful 48 hours in the continuing Trump–Cohen privilege-review saga.  The latest installment is lawyer Michael Cohen’s secret 2016 recording of his conversation with President Trump regarding Karen McDougal, the former Playboy model who alleges a year-long affair with Trump in 2006.

Let’s break down this latest twist, for it offers many lessons.

What We Know—The Special Master’s Review 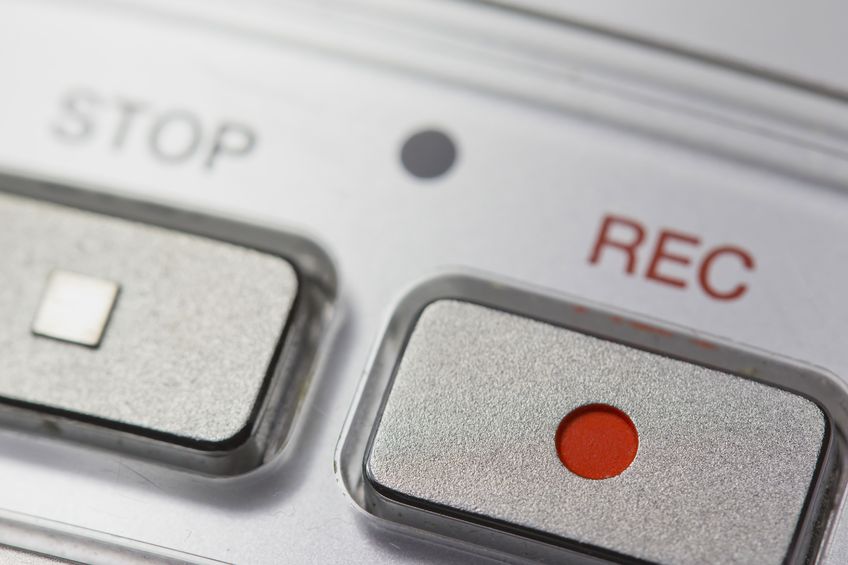 The SM released 883,634 non-privileged items to the U.S. Attorney’s Office.  Was the Trump–Cohen audiotape part of that release? We do not know.

Cohen and/or Trump claimed privilege over 4,085 items, and the SM agreed that the privilege covered 2,633 of them.  Was the audiotape among the 2,633? We do not know.

Of the remaining 1,452 that the SM found non-privileged, Cohen (not Trump) objected to the non-privilege designation on 22 of them, but advised the SM that he “will not raise these objections with the Court.”  Was the audiotape one of these 22? We do not know—the SM’s report is silent on these privileged and non-privileged items’ substance.

On Friday, July 20, 2018, the New York Times reported the tape’s existence, stating that the FBI seized the recording during the April 9, 2018 raid.  With no mention of the audiotape in public court filings, who leaked the recording’s existence to the Times?

Unless the tape was part of the 880,000+ non-privileged items released to the government, it is doubtful that government lawyers even have the tape to leak it.  If the tape truly contains a confidential, privileged conversation (see below), then why would Cohen and his attorneys risk an ethical violation by leaking confidential information?

The New Yorker and other media outlets suggest that Trump’s lawyers informed the Times, a reasonable conclusion.

Is the Recording Privileged?

Recall that the privilege applies to (1) communications between (2) a lawyer and her client that are (3) confidential when made, (4) kept confidential thereafter, and (5) pertain to legal advice.  We knew that any Trump–Cohen communications would face scrutiny in SM Jones’ privilege review, as I chronicled in Privilege Issues Confronting the Trump–Cohen Special Master.

Did Cohen and Trump conduct this conversation in a confidential setting?  Rudy Giuliani told the Times that, during the taped conversation, “twice someone walks in—someone brings soda in for them.  It’s not some secret conversation.”  That’s an interesting admission.

And Giuliani all but quoted the conversation when speaking with the Times, stating that the recording is of Trump and Cohen discussing payments to McDougal.  Even if the conversation was confidential when made, it’s not now.

It appears the third and fourth privilege elements are absent.

It is unclear whether the conversation was part of a lawyer–client relationship between Trump and Cohen.  Giuliani described Cohen’s payments to Stormy Daniels as “business,” so why would potential payments to McDougal differ? Trump has said that Cohen has a “tiny, tiny little fraction” of his legal work.  And if Cohen is suggesting that he purchased the National Enquirer’s McDougal story, that sounds purely business.

It appears the second and fifth privilege elements are absent.

In short, it is highly questionable whether the privilege covers the taped conversation.  But we need more facts to make a final determination.

On Saturday, July 21, 2018, media outlets, such as CBS News, reported that SM Jones initially determined that the privilege covered the audiotape, but that Trump—as the client—informed Judge Wood that he waived the privilege.  According to reports, this waiver permitted Giuliani to discuss the tape’s contents.

What other “privileged” McDougal-related communications (emails, texts, etc.) are in SM Jones’ 2,633 privilege bucket that may now find their way to U.S. Attorneys?

Perhaps the subject-matter-waiver issue will be the next installment in this long-running privilege-review saga.

On July 23, 2018, SM Jones filed a report, available here, stating simply that, on Friday, July 20, 2018, “the parties”–meaning Cohen and Trump–“withdrew their designations as ‘privileged’ as to 12 audio items that were under consideration by the Special Master.”  The SM released these 12 audio files to the U.S. Attorneys.

What does this mean or, importantly, not mean?