As detailed in my post, Reports of the Privilege’s Death are Greatly Exaggerated, the SDNY rejected the U.S. Attorney’s request that its “taint 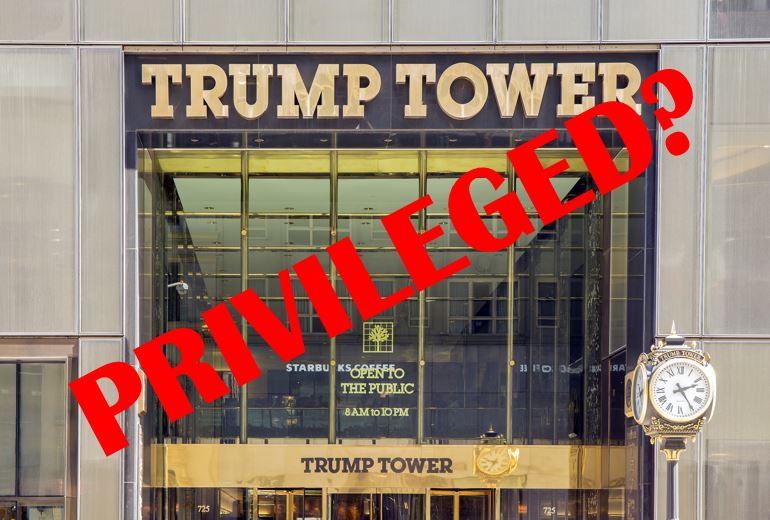 Instead, the court, in this Order, appointed former magistrate judge Barbara S. Jones as Special Master to conduct the privilege review. Special Master Jones submitted her initial report to the Court on May 4, 2018, which you may read in full here.

To date, the USAO has produced to Cohen and Special Master Jones electronic contents of certain telephones and iPads as well as electronic copies of eight boxes of hard-copy documents. The USAO anticipates producing the final bulk of seized materials by May 11, 2018.  The privilege review is underway, and Cohen and Trump’s lawyers will provide their first privilege designations to the Special Master today, May 7, 2018.

So, what privilege issues are likely to arise requiring the Special Master’s privilege decision?  Here are a few.

Let’s first identify the legal protections that Cohen and Trump may assert to preclude documents from federal prosecutors’ review.

Obviously, Cohen and Trump will assert protections afforded by the attorney–client privilege.  The privilege is quite narrow, as it only protects confidential communications between a client and her lawyer made for legal-advice purposes.  The privilege belongs to Cohen’s clients, not Cohen, although Cohen must assert the privilege unless his client(s) direct otherwise.

It is likely that the raid consumed communications between Cohen and his lawyers, including lawyers representing him in adult-film star Stephanie Clifford’s pending California case against Trump.  If so, Cohen owns that privilege and will certainly assert it.

A less-mentioned protection that may become operative is the work-product doctrine.  This doctrine generally protects documents evidencing an attorney or party’s opinions and mental impressions made when involved in or anticipating litigation.  Given that Cohen negotiated a non-disclosure agreement with Clifford, whether on his behalf or Trump’s, a plausible argument exists that Cohen and Trump anticipated some litigation involving her.  They will have to prove it, though.

Who are the Clients?

Special Master Jones must identify Cohen’s attorney–client relationships before analyzing the privilege elements.  Cohen disclosed that, from 2007 through January 2017, he “worked at the Trump Organization” serving in the role of “Executive Vice President and Special Counsel to Donald J. Trump.”  In this role, he “served as legal counsel to Trump Organization, Donald J. Trump.”  What do these vague statements mean from a client-identification perspective?  Special Master Jones will need to know.

And he may or may not have represented Fox News’ Sean Hannity.  Cohen says yes, but Hannity denies it.  Special Master Jones must determine whether Cohen and Hannity had an attorney–client relationship before deciding whether the privilege protects their communications from federal prosecutors’ review.

The privilege will not protect Cohen’s communications involving business advice for the Trump Organization. 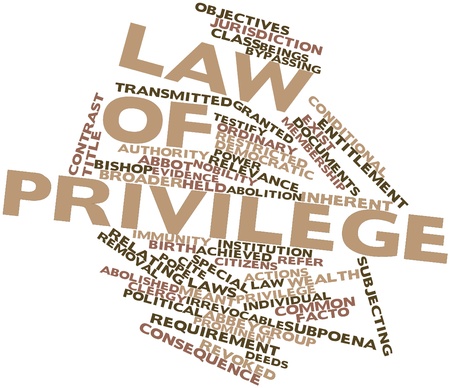 Cohen’s title—Executive Vice President as opposed to, say, General Counsel—will sound business-like to the Special Master’s ears, so Cohen and Trump will have to offer specific facts showing that Cohen received the putatively privileged communications in his capacity as a lawyer.

Yesterday (May 6), Mayor Giuliani, the newest member of Trump’s legal team, may have hurt any Trump claim that his communications with Cohen over the Clifford matter pertained to legal advice.  Note the Mayor’s exchange with George Stephanopoulos of ABC’s This Week:

And — and you’ve said he — he — this was a regular arrangement he had with Michael Cohen. So did Michael Cohen make payments to other women for the president?

GIULIANI: I have no knowledge of that but I — I — I would think if it was necessary, yes. He made payments for the president, or he conducted business for the president, which means he had legal fees, monies laid out, and expenditures, which I have on my bills to my clients.

(Full interview available here.)  Statements like this will make it more difficult for Special Master Jones to find the required legal-advice component.

When the FBI first raided Trump Tower and Trump declared the attorney–client privilege dead, many social-media pundits immediately and without deliberation claimed that the crime–fraud exception vitiated Cohen and Trump’s privilege claims.  Not so fast.

If Special Master Jones finds that the privilege generally covers a client’s communication with Cohen, the USAO may counter that the crime–fraud exception removes the privilege’s non-disclosure protections.  That determination requires a complex, fact-specific analysis rather than an instant announcement.