Reports of the Privilege’s Death are Greatly Exaggerated

What a sad month for the privilege.  While I was away in trial and attending other day-job responsibilities the last few weeks, the president announced the death of the attorney–client privilege.  It was a good life, and I’m sorry to see it end.

But wait. It appears the rule of law has resurrected the privilege, and it may return stronger than ever.  Let’s unfold this death-and-resurrection story.

On April 9, 2018, the SDNY’s USAO obtained a search warrant for files and information possessed by Michael Cohen, a lawyer for President Trump, the Trump Organization, and perhaps Sean Hannity.  Interestingly, prosecutors obtained a search warrant rather than issuing a grand-jury subpoena, which would have allowed Cohen to withhold putatively privileged communications subject to an enforcement action.

The visual of federal agents arriving unannounced and seizing client files would unnerve any lawyer.  And rightfully so—we have an ethical duty to protect client-owned privileged information from unauthorized disclosure to third parties, including federal prosecutors.

How can Cohen and his clients protect the privilege if they cannot review emails and documents and assert privilege objections?  Internal DOJ privilege-review procedures provide that a “trustworthy’ third-party should examine the seized information and offer non-privileged information to prosecutors while withholding privileged material.

The trustworthy third-party could include a team of non-interested federal prosecutors known as a “taint team” or “filter team.”  See Searching and Seizing Computers, pp. 109–11, available here, and the U.S. Attorneys’ Manual, § 9–13.420, available here, for detailed information on this process.  The taint team reviews the seized information, identifies privileged material, and provides the non-privileged information to the federal prosecutors conducting the investigation.

The USAO had a taint team ready to review the seized Cohen material.  Not trusting the taint-team process, Cohen sought an order from the SDNY preventing the USAO from reviewing putatively privileged information seized in the raid.  Cohen claimed that the seized information contained “thousands, if not millions,” of documents.

Given the purported volume of information, Cohen requested that his lawyers review the material and cull the privileged information or, alternatively, for an appointed special master to do so.  You may read Cohen’s arguments here, here, and here.

The USAO initially remained entrenched, arguing that its taint team provided more than adequate privilege protections.  You may read the USAO’s arguments here.

The president, of course, had thoughts on the process and intervened to assert them.  President Trump opposed the taint team and a special master, preferring only a review by his lawyers or Cohen’s lawyers.  You may read the president’s arguments here.

On Thursday, April 26, 2018—while the court was pondering which review-method to order, the president conducted a telephone interview with Fox & Friends, reportedly his favorite morning show.  In this wide-ranging interview, Steve Doocy and the president engaged in this colloquy about the president’s attorney–client relationship with Cohen:

TRUMP: Well, he has a percentage of my overall legal work — a tiny, tiny little fraction. But, Michael would represent me and represent me on some things. He represents me — like with this crazy Stormy Daniels deal he represented me.

The president’s admission that Cohen’s legal work for him is relatively small contradicts Cohen’s prior statement that the seized materials contained “thousands, if not millions,” of privileged documents.  For a full transcript of the interview, read this article from the Washington Post.

How would this contradiction affect the court’s decision on who conducts the privilege review?

Just a few hours after President Trump’s comments to his friends at Fox, the USAO backed away from its taint-team- 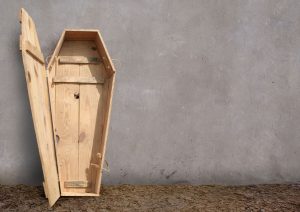 only position and consented to a special-master appointment.  And in a hearing the same day, the court announced its intention to appoint a special master, and did so on April 27, 2018.

Under the court’s appointment order, the USAO shall provide the special master, former Magistrate Judge Barbara S. Jones, with the seized materials.  Special Master Jones will then conduct a privilege review and adjudicate privilege disputes.  You may read the full appointment order here.

The government’s unilateral seizure of privileged materials raises serious concerns, but is not a homicidal act against the privilege.  Here, the rule of law prevailed—an independent special master will review the seized material, identify privileged information, and allow the USAO, Cohen, and the president to dispute her privilege findings before turning over the materials for prosecutors’ full review.

To paraphrase Mark Twain, reports of the privilege’s death were greatly exaggerated.