Aa a general rule, clients waive the attorney–client privilege when they assert an advice-of-counsel defense and, consequently, must produce their 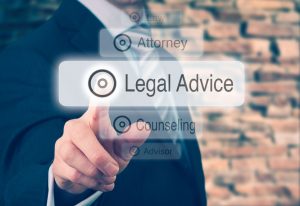 lawyer’s advice-related communications.  The waiver’s scope, however, is not as well-known.  Does the waiver apply to communications with outside counsel and in-house lawyers?

The Utah federal court faced this specific question and narrowly construed the scope of waiver.  The court held that a client’s advice-of-counsel defense waived the privilege over its communications with outside counsel, but that the waiver did not extend to its communications with in-house counsel.  Hoopes v. Owners Ins. Co., 2018 WL 1183374 (D. Utah Mar. 6, 2018).  You may read the decision here.

A Geico insured struck an 11-year-old pedestrian on Main Street in Heber City, causing severe injuries to the minor. Geico paid its insurance limits, but the minor’s mother filed breach-of-contract and bad-faith claims against her uninsured-motorist carrier when it failed to promptly settle that matter.

The mother moved to compel the claims-adjuster–in-house lawyer communications, essentially arguing that waiver is a broad concept and must include all advice-related communications, including those with in-house counsel.

She asserted the sword-and-shield argument, complaining that the carrier wished to use the reliance-on-outside-counsel defense as a sword while simultaneously using the privilege to shield discovery of privileged communications with in-house lawyers.

The court found this argument “meritless” for two reasons.

First, the court held that a party places privileged communications at issue where it attempts to prove an advice-of-counsel defense by “disclosing or describing an attorney client communication.”  Here, the UIM carrier relied on its outside counsel’s advice, but did not rely on communications with its in-house counsel to prove the defense.