In an ISIS-related criminal case, the USDC for the District of Minnesota applied the government–informant privilege 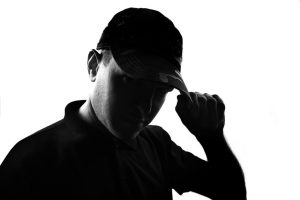 to preclude pre-indictment disclosure of a FBI confidential informant’s identity.  The ruling means that, at least for now, the government can maintain its informant’s secrecy.  United States v. Abdulkadir, 2015 WL 9581871 (D. Minn. Dec. 31, 2015).  You may read the decision here.

In this criminal complaint, the government claims that Khaalid Adam Abdulkadir made death threats against FBI agents in various Twitter posts.  Abdulkadir’s alleged tweets came after the government’s investigations and prosecutions of ISIS recruits.

The criminal complaint alleges that a “Confidential Human Source” informed the FBI that, within hours of Warsame’s arrest, Abdulkadir posted two separate tweets containing threatening communications.  The tweets, which you can read here, threatened to kill cops and FBI agents, with one stating: “They will find on the floor body’s dropping fast #kill them FBI.”

Within 10 days of the criminal complaint, Abdulkadir’s attorneys filed a motion seeking “immediate disclosure” of the “Confidential Human Source” that supplied the Twitter information to the FBI.  The government agreed that its informant was responsible for first alerting law enforcement to the Twitter communications, but refused disclosure under the government–informant privilege.

The government–informant privilege protects from compelled disclosure the identity of persons, or informers, who supply information about legal violations to the appropriate law-enforcement personnel.  The U.S. Supreme Court solidified this common-law doctrine in Rovario v. United States, 353 U.S. 53 (1957).

Despite the name’s implication, the privilege belongs to the government, not the informer, but protects informers from retaliation or retribution and encourages citizens to communicate their knowledge of violations of law to government officials.

As a final privilege limitation, courts will compel disclosure of the informer’s identity where his identity or communication “is relevant and helpful to the defense” or “is essential to a fair determination of a cause.”  This limitation effectively means that the court will order identity-disclosure where the informant’s information is “material” to the defense.

The defendant has the burden of showing materiality, “which requires more than speculation.”  In assessing materiality, courts apply a balancing test that weighs the public interest in protecting the free flow of information to law-enforcement officers against the criminal defendant’s right to prepare a defense.  Courts generally do not order disclosure where the confidential informant is a mere “tipster,” meaning a person who merely conveys information but does not witness or participate in the alleged crime.

The court held that Abdulkadir failed to show that the FBI’s confidential informant was material to his defense. With no specific “facts or circumstances” alleged, the court easily applied the privilege to prevent disclosure.

The court noted that the case remains in the pre-indictment stage, and will permit Abdulkadir to renew his motion at a later date.  If the informer merely notified the FBI about Abdulkadir’s Twitter posts, and did not participate in drafting them, then Abdulkadir will have a difficult time overcoming the privilege in the future.