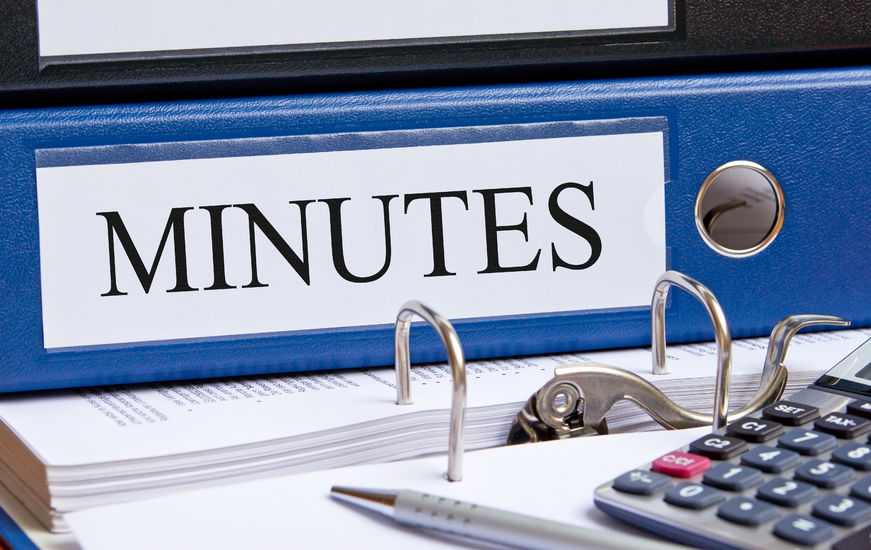 The question was whether a public-records act requires a governmental agency to produce its draft, unapproved meeting minutes.  The N.J. court held that draft minutes are pre-decisional and deliberative, protected by the deliberative-process privilege, and not subject to a public-records request.  Libertarians for Transparent Gov’t v. Gov’t Records Council, 180 A.3d 327 (N.J. Super. 2018).  You may read the decision here.

The deliberative-process privilege, a sub-category of the global executive privilege, protects from disclosure documents and information reflecting a governmental agency’s deliberations prior to a final decision.  The privilege encourages agency employees to engage in open debate about government policy by precluding their pre-decision comments from public disclosure.  It therefore protects advisory opinions, recommendations, and deliberations.

To invoke the privilege, the governmental agency must show that the requested document is (1) pre-decisional, meaning the agency created it before adopting the corresponding policy or decision; and (2) deliberative, meaning that it contains opinions, recommendations, or advice.

New Jersey’s Government Records Council, which, ironically, “is committed to making the Open Public Records Act (OPRA) work for the citizens of New Jersey,” and has “worked hard to make government records more easily accessible to the public,” held its monthly meeting on February 23, 2016.  The GRC took minutes and was ready to approve them at the March 2016 meeting, but the GRC cancelled that meeting for lack of a quorum.

The Libertarians for Transparent Government made a OPRA request for the February 2016 meeting minutes, but the GRC refused, claiming that the unapproved minutes remained in draft form and therefore protected by the deliberative-process privilege.

The GRC approved the February minutes at its April 2016 meeting.  In fact, you may read the minutes of the open meeting here, and the closed meeting here.  Super-exciting reading, I promise.  Nevertheless, the Libertarians and GRC continued to battle over production of the unapproved, draft minutes from the February meeting.

The appellate court found that the GRC met both prongs of the deliberative-process privilege.  First, the court held that draft, unapproved minutes are pre-decisional because they are, “by their very nature,” “preliminary and subject to future revision.”

Second, the court held that draft minutes are a “recommendation of their writer, prepared with his or her view and recollection of what transpired at the meeting.”  The draft minutes remain deliberative because GRC members may supplement, modify, or withdraw the draft minutes.

The court gave a nod to the goal of government transparency, but ruled that “the inherent nature of a draft document as both advisory and requiring deliberation prior to approval, compels the conclusion that draft minutes are ‘advisory, consultative, deliberative material,’” and protected by the deliberative-process privilege.