Situations arise where a party files privileged communications to support a dispositive motion.  But filing privileged documents raises waiver concerns, so the filing party seeks to seal those documents to prevent third-party access.  The question arises whether policies 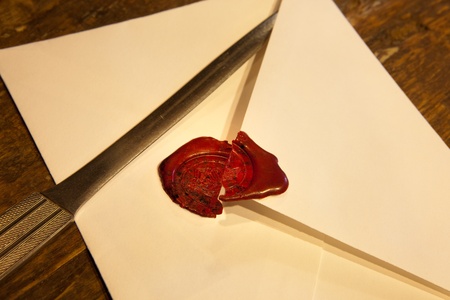 In Utica Mut. Ins. Co. v. Munich Reinsurance Am., Inc., 2017 WL 1653608 (NDNY Apr. 26, 2017), available here, the USDC NDNY indicated that the privilege is a “higher value” that may rebut the common-law and FA presumption of access.  So, the court sealed the privileged communications, right?

Wrong.  The party seeking to seal the communications, here Utica, failed the threshold inquiry—that the attorney–client privilege protected an in-house counsel’s emails and handwritten notes in the first instance.  The court made this finding—and refused to seal the documents—despite the in-house lawyer’s sworn declaration that the documents “reflected legal advice.”

Burden of Proof to Seal Documents

The Utica case involved breach-of-contract claims between an insurer and reinsurer over payments of underlying asbestos claims.  The two companies shared privileged communications—presumably under a common-interest arrangement—regarding insurance coverage for the underlying asbestos claims. These privileged communications later became central to the insurers’ breach-of-contract claims against each other.

The public has a common-law right—which predates the Constitution—to access court documents.  And the FA “also protects the public’s right to have access to judicial documents.”  MSJ exhibits are judicial documents and should not remain under seal “absent the most compelling reasons.”  The attorney–client privilege is compelling, however, and “protection of the attorney–client privilege is a ‘higher value’ under the FA that may rebut the presumption of access.”

To show that the privilege trumps the public’s access rights, a party must, as a threshold matter, prove that the documents sought to be sealed are, in fact, privileged.  Here, Utica’s in-house counsel submitted a sworn declaration generally attesting that the emails and notes “reflect legal advice.”  You may read the declaration here.

The court found the in-house lawyer’s conclusory declaration unpersuasive and insufficient.  It was unable to ascertain whether Utica was claiming privilege or work-product protections over each document.  And it could not determine whether the email recipients were attorneys, employees, or outsiders.  And the declaration failed to prove that the putatively privileged emails were “intended to be, and in fact [were], kept confidential”—an essential element of the attorney–client privilege.

Consequently, even though the court noted that the privilege may protect each MSJ exhibit, “without more information” the court could not “make the specific, on-the-record findings required to seal judicial documents.”

Two issues deserve consideration.  First, parties seeking to prove that the attorney–client privilege applies to a document must submit evidence of the foundational elements: (1) a communication that was (2) confidential when made and remained confidential, and (3) created for purposes of rendering legal advice.  And the proof must be specific—conclusory statements are typically inadequate. See this post, and this one, for discussions about the necessary level of proof.

Should parties obtain a seal ruling before filing putatively privileged communications in the court record? A pre-filing ruling may allow parties to understand the waiver consequences and make a more informed decision whether to file the privileged documents.