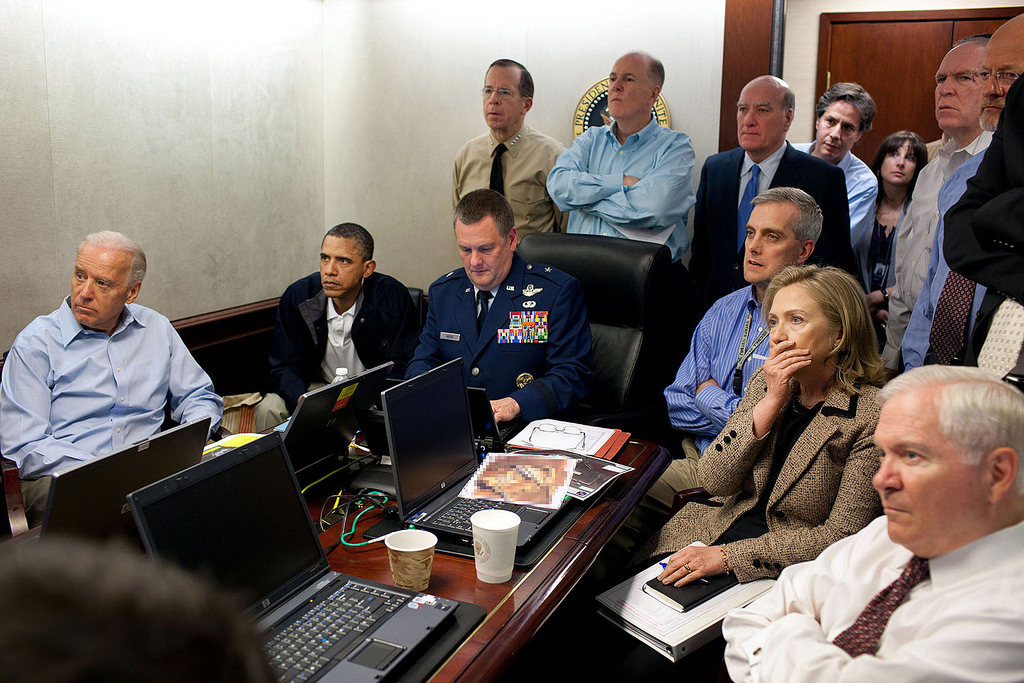 the September 11 Attacks, and buried his body at sea.  For a discussion about the raid, watch this interview with the primary trigger man, Navy SEAL Rob O’Neill.

President Obama authorized the military mission and watched the raid unfold via monitors in the White House Situation Room.  But before the president made the decision, he relied upon a variety of legal opinions about the mission.

These included five memoranda on violation of Pakastani sovereignty, raiding with an intention to kill bin Laden, duty to alert congressional leaders, plans for bin Laden in the event of his capture, and burial options.  Lawyers for the Pentagon, CIA, NSC, and the Joint Chiefs of Staff authored these memoranda.

Judicial Watch describes itself as “a conservative, non-partisan educational foundation” that “promotes transparency, accountability and integrity in government, politics and the law.” It made a FOIA request to the DoD and CIA seeking documents and communications from government lawyers regarding the authority, analysis, opinions, and conclusions for the raid and killing of Osama bin Laden.

The purpose of Judicial Watch’s request was to review government lawyers’ conclusion that the bin Laden raid and killing was legal.  It argued that the privilege did not apply because the memoranda’s authors, the Pentagon GC, the CIA GC, and legal advisors for the NSC and Joint Chiefs of Staff, were not senior presidential advisors. It also argued that the privilege covers only communications, not documents.

Relying on two declarations (available here and here), including one from the DoD’s Associate Deputy General Counsel, the district court rejected Judicial Watch’s arguments and held that the presidential communications privilege protects each of the five memoranda from production. The court found that agency’s counsel prepared the memoranda “for the purpose of advising the President and his closest national security advisors on the legality of the specific military operation of raiding bin Laden’s compound.”

Most persuasive for the court, however, was the undisputed proof that the President and his senior advisors solicited, received, and reviewed the memoranda, and these memoranda formed “an integral part of the President’s decision to launch the raid.”