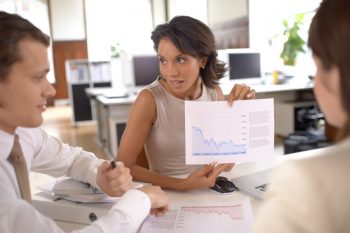 NAMA Holdings, LLC, an investor in The Alliance Network, LLC, sued Alliance, its managers, and its law firm alleging a variety of business-tort claims, including breach of fiduciary duty. Alliance and its co-defendants asserted the attorney–client privilege in refusing to produce a variety of documents, including communications between the company’s managers and its law firm. NAMA responded that the fiduciary exception applicable in shareholder derivative suits obviated the privilege.

Not all jurisdictions follow this test and, even where they do, it is with some modification. For a recent critique of this rule, see Benjamin Cooper, An Uncertain Privilege: Reexamining Garner v. Wolfinbarger and Its Effect on Attorney-Client Privilege, 35 Cardozo L. R. 1217 (2014), available for reading here.

Some courts hold that the fiduciary exception does not apply to communications made after the suing shareholders become adverse to the company. A recent Massachusetts Supreme Court case, profiled in this post, held just that. The NY court, however, rejected the adversity-threshold requirement, stating that Garner “did not create a categorical adversity limitation” and that adversity is “a component of the greater good-cause inquiry.”

And importantly, the court applied a “communication-specific adversity inquiry,” meaning that the trial court must review each purportedly privileged communication to determine whether—using the Garner factors—it revealed the necessary level of adversity. In other words, adversity is “not one of timing … but is answered by the communications’ content.”

Rejecting an adversity-only threshold, the court adopted Garner in totality, stating that courts evaluating a fiduciary exception must apply all of the Garner factors to each challenged communication. Noting that this is a “difficult task,” the court nonetheless remanded the case for a communication-specific inquiry.