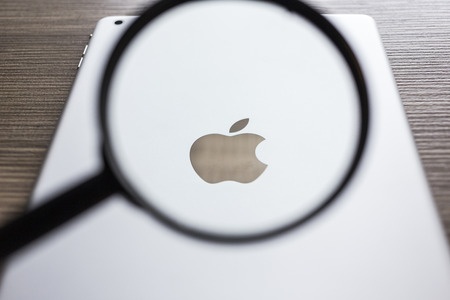 communications with its trial counsel regarding a patent’s invalidity.  And in doing so, the court found that Apple did not engage in the type of “chicanery” necessary to expand privilege waiver beyond communications with opinion counsel.  Wisconsin Alumni Research Foundation v. Apple, Inc., 2015 WL 5009880 (W.D. Wis. Aug. 20, 2015).  You may read the opinion here.

Wisconsin Alumni Research Foundation (WARF) filed a patent-infringement lawsuit in January 2014 claiming that Apple willfully infringed on its ‘752 patent.  In December 2014—eleven months into the case—Apple retained “opinion counsel” to render an opinion as to the patent’s invalidity.

An Apple in-house lawyer, working with a business person, provided opinion counsel with certain documents and information.  Apple received and reviewed the opinion letter on January 30, 2015, and, relying on the advice-of-counsel defense to willful infringement, disclosed it to WARF the same day.

It is clear that a party waives the attorney–client privilege once it relies upon advice-of-counsel defense to a claim of willful infringement.  In re Echostar Commc’ns Corp., 448 F.3d 1294 (Fed. Cir. 2006).  The waiver applies to all communications related to the same subject matter, but does not apply to a party’s communications with its trial counsel.  There is an exception—a trial court has discretion to broaden the waiver to trial counsel under unique circumstances involving “chicanery.”  In re Seagate Tech., LLC, 497 F.3d 1360 (Fed. Cir. 2007).

WARF asked the court to broaden the privilege waiver because of Apple’s chicanery.  The purported chicanery included Apple retaining opinion counsel 11 months after WARF initiated the lawsuit and then receiving, reviewing, and producing the opinion letter on the same day—without communicating the opinion to an Apple business decision-maker.  WARF argued that Apple’s trial counsel crafted the invalidity opinion, and this tactic was “part of a litigation strategy to allow Apple  to present a witness who could on the stand parrot the invalidity analysis prepared by Apple’s litigation counsel.”

The court summarily rejected WARF’s chicanery’s arguments. Although noting that Apple’s retention of opinion counsel 11 months into the lawsuit goes to the weight a jury may place on the letter, the court found that WARF “failed to put forth any evidence supporting a finding of ‘trickery’ or ‘deception’ on the part of Apple.”

While “the self-serving nature of such a late-retained opinion letter” was evident, labeling all post-lawsuit opinion letters as chicanery “hardly seems good public policy.”  As such, the court held that WARF was not entitled to discover Apple’s communications with its trial counsel.

Although refusing to broaden Apple’s privilege waiver, the court permitted WARF to take a limited deposition of Apple’s in-house attorney.  At the deposition, WARF may inquire into the substance of his communications with opinion counsel (but not trial counsel), including topics that the in-house lawyer did not discuss.