In a case that should prove instructive for corporate legal and risk-management departments, a Washington state appellate court ruled that the attorney–client privilege protected a post-accident investigation report from discovery in a personal-injury case.  The case provides a privilege roadmap for companies that conduct post-accident investigations as a matter of course.  Doehne v. Empres Healthcare Mgt., LLC, 2015 WL 4756393 (Wash. Ct. App. Aug. 11, 2015).  You may access the opinion here. 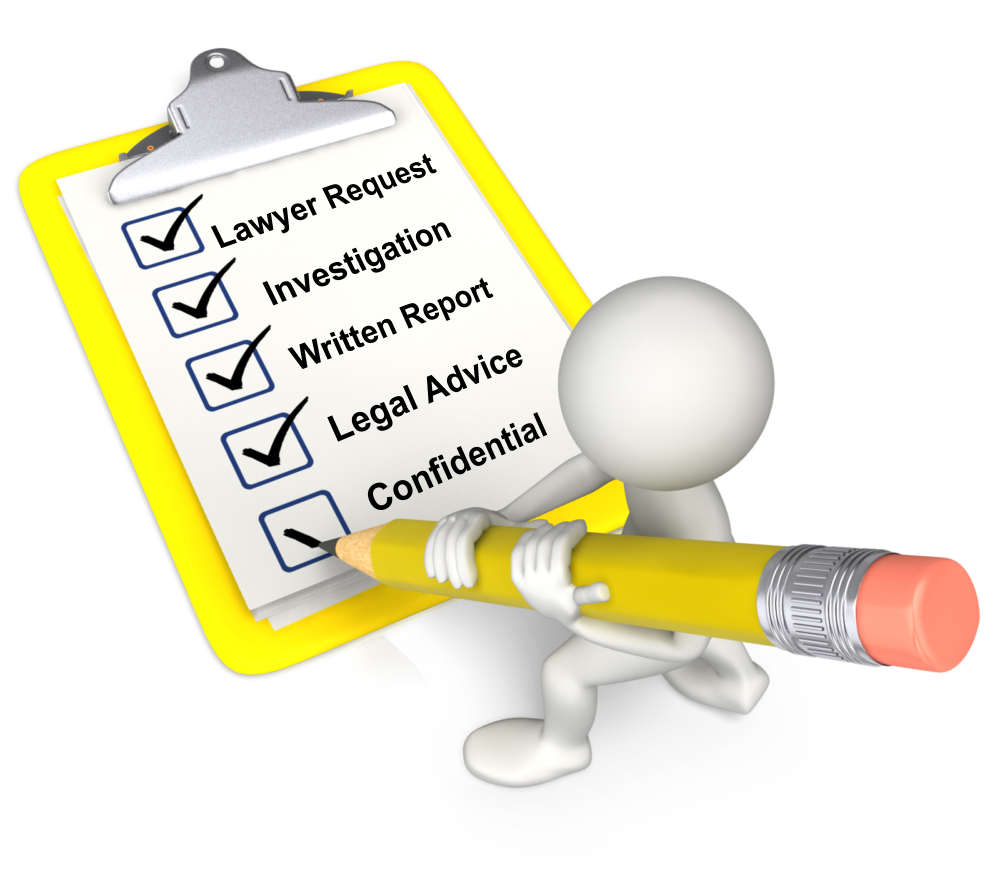 The plaintiff left a healthcare facility managed by the defendant, Empres, and tripped and fell on a wheel stop in the parking lot.  Empres has an in-house legal department as well as a risk-management department.  The risk manager “acts as a conduit between the legal department and insurers regarding liability issues.”

After the accident, Empres’s legal department directed the risk manager to conduct an investigation into the wheel-stop fall.  The risk manager then instructed an Empres operations manager’s administrative assistant to do the investigation and prepare a report.  And she did so “consistent with how [she] generally performed these tasks for [her] employer.”

Using language that corporate legal departments may in the future cite with some frequency, the appellate court stated that the “attorney–client privilege applies to any information generated by a request for legal advice, including documents created by clients with the intention of communicating with their attorneys.” (emphasis added).  By contrast, the privilege “does not protect documents that are prepared for some purpose other than communicating with an attorney.”  (emphasis added).

Here, while a report from an operations manager’s administrative assistant seems far removed from the legal department, Empres submitted the assistant’s declaration stating that she prepared the report for and provided it to Empres’s “risk management and legal departments.”  And this declaration sealed the privilege, with the court noting that the privilege applies “to communications between in-house counsel and multiple lower-level employees in an organization when those communications are made in order to secure legal advice.”

The plaintiff argued, with support, that the assistant prepared the report consistent with her regular duties and did not provide the report to any specific attorney.  While true, the court rejected this theory, noting that “the purpose rather than the manner of preparation guides [its] analysis.”  And because Empres proved that the assistant prepared the report to assist in-house counsel in addressing liability issues, the privilege protected it from discovery.

The Doehne decision contrasts with other rulings on post-accident reports that PoP has profiled.  In Nelson v. Intercontinental Hotels Group Operating Corp., 2013 WL 5890612 (N.D. Ill. Nov. 1, 2013), discussed in this post, the court ruled that the privilege did not apply to post-accident reports conducted in accordance with the company’s regular business policy.

And in Mega Manufacturing, Inc. v. Eighth Judicial District Court, 2014 WL 2527226 (Nev. May 30, 2014), profiled in this post, the Nevada Supreme Court rejected the privilege for an engineer’s post-accident report provided to the company’s outside counsel.   Again, it appears there was little evidence that the company’s lawyers actually directed the investigation, a key in the Doehne decision.

In sum, in order to establish the privilege, companies should endeavor to have its counsel, in-house or outside counsel, direct the investigation, even if delegated, and ensure that the investigation findings are for the purpose of the attorney rendering legal advice to the company.  Otherwise, post-accident reports conducted by business employees for business employees will likely receive no privilege protection.