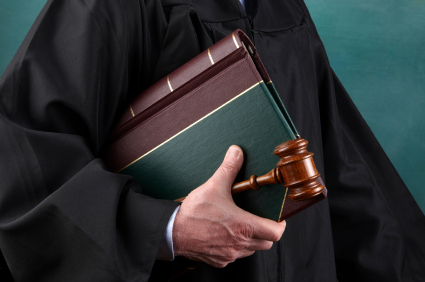 And in doing so, the court became one of the few to order an in camera attorney interview before deciding whether to enforce a grand jury subpoena.

The Investigation and Subpoena

The Philadelphia U.S. Attorney’s Office subpoenaed the former General Counsel of a company to testify before a grand jury investigating whether the company violated the Foreign Corrupt Practices Act.  The Government conceded that much of the General Counsel’s testimony would include matters protected by the attorney-client privilege, but argued that the crime-fraud exception applied to overcome the privilege.  The Court deferred ruling on the Government’s motion to compel until it could conduct an in camera interview with the General Counsel.

This case reiterates the elements a party must prove to invoke the crime-fraud exception to the attorney-client privilege. The crime-fraud exception applies (1) when the client was committing or intending to commit a fraud or crime and (2) the attorney-client communications were in furtherance of that alleged crime or fraud.  The exception applies regardless whether the attorney was actually aware that her advice was being used for “nefarious purposes.”  And while courts have not clarified the evidentiary standard for invoking the exception, it is clear that the burden is “not a particularly heavy one.”

Requirements for In Camera Interview

But a different, and even easier, burden exists to obtain an in camera review of putatively privileged documents or, in this case, putatively privileged testimony.  Relying on United States v. Zolin, 491 U.S. 554 (1989), the court held that, to obtain an in camera interview of an attorney to aid in a crime-fraud exception determination, the Government must show “a factual basis adequate to support a good faith belief by a reasonable person that in camera review of the materials may reveal evidence to establish a claim that the crime-fraud exception applies.” This burden, which is “not a stringent one,” is all that is required because the decision thereafter lies entirely within the court’s discretion.

The Zolin standard applies to an in camera review of documents.  The district court, while acknowledging the lack of Supreme Court or significant appellate court authority, saw no difference between conducting an in camera document review and an in camera examination.

Although the court held that the Government hurdled the low threshold to obtain an in camera interview of the General Counsel, it implemented protective measures due to concerns of (1) attorney-client confidentiality and (2) grand jury secrecy.  The court allowed counsel for the Government and the target company (the GC’s former employer) to submit questions for the court to ask the General Counsel, but precluded their attendance at the examination.