In a move that places the state at odds with federal law and many state laws, the New Mexico Supreme Court 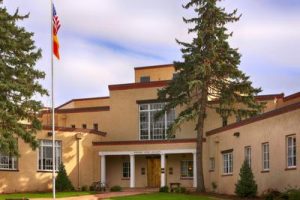 In Republican Party, the N.M. Republican Party requested under the state’s Public Records Act records relating to the issuance of drivers’ licenses to foreign nationals. The Public Records Act contains an exception for records exempted from disclosure by other state law, which includes constitutional and common-law privileges. The State refused production of some documents on grounds that the executive privilege protected them from disclosure.

The Court provided little explanation for its privilege rejection. The only stated justification was that the federal Freedom of Information Act (FOIA), which references the deliberative process privilege in Exemption 5, and the state Public Records Act, were not identical.  Many state courts recognize a common-law deliberative process privilege without a corresponding public records act justification, but the Court did not provide a common-law basis for rejecting the privilege.

Lawyers and courts could improve understanding of these distinctions by following the New Mexico Supreme Court’s lead and using the proper terminology when referring to these privileges.

One conflict-of-law issue to consider: what if New Mexico is sued in federal court on a federal question (e.g. § 1983 civil rights case) and asserts that the federal deliberative process privilege protects deliberative documents from discovery—would the court apply the federal privilege or hold that no privilege exists?