Perhaps lost in the post-impeachment, presidential primary season is an important ruling that the D.C. Circuit issued on Friday afternoon, February 28, 2020. The Court held that it had no jurisdiction to decide the House Judiciary Committee and White House’s “intramural disagreement” whether former White House Counsel Don McGahn had 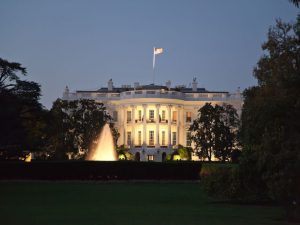 But in a concurring opinion, Judge Henderson opined that, jurisdiction aside, the White House’s immunity argument rested on “somewhat shaky legal ground.” Instead, the assertion of executive privilege is “the most appropriate mechanism” to determine the testimony McGahn can—and cannot—provide to congressional interrogators. Committee on the Judiciary v. McGahn, (D.C. Cir. Feb. 28, 2020).  You may read the majority, concurring, and dissenting opinions here.

You will recall that the House Judiciary Committee subpoenaed former White House Counsel to testify as part of its investigation into the President’s possible obstruction of justice during the Mueller investigation. You may read the subpoena here.

The White House directed McGahn not to testify. It cited a May 20, 2019 opinion from the Office of Legal Counsel, available to review here, that presidential aides are absolutely immune from compelled congressional testimony. The Committee sued for enforcement, and the USDC for the District of Columbia rejected the White House and OLC’s immunity argument. Committee on the Judiciary v. McGahn, 415 F. Supp. 3d 138 (DDC 2019). You may read that decision here.

Not the First Time

So, this is a real, long-time dispute. But the dispute rarely reaches a judge’s desk because the two branches, through “accommodation and negotiation,” usually work it out.

On appeal and in a 2-1 decision, the D.C. Circuit held that the judicial branch has no authority to decide this dispute. The Court held that the Committee had no Article III standing, and that separation-of-powers principles forbid the Court’s intervention into a political dispute between the other two governmental branches. In short, the Committee asked the Court to decide an interbranch dispute that it had “no authority to resolve.”

It then recognized this reality—

Letting political fights play out in the political branches might seem messy or impractical, but democracy can be a messy business, and federal courts are ill-equipped to micromanage sprawling and evolving interbranch information disputes.

Judge Henderson agreed that the Court lacked standing but wrote a concurring opinion “to highlight the narrower defense against congressional overreach provided by well-settled privileges.” She viewed “qualified privileges as the preferred mechanism for resolving these interbranch informational disputes in the future.”

Initially, Judge Henderson noted that the Trump Administration claimed absolute testimonial immunity and never made a formal assertion of executive privilege. Certainly the Administration had the authority of the OLC opinions, but one wonders if this approach arose out of fear that the President had waived executive privilege over McGahn’s testimony. Read my post, Did Trump Waive Executive Privilege Over McGahn’s Congressional Testimony, for more detailed information.

Testimonial immunity is “more expansive” than executive privilege but, as Judge Henderson noted, “is nonetheless predicated on substantially the same rationales.” Both doctrines protect the confidentiality of candid advice that aides supply the President. But Judge Henderson believed that the Administration’s immunity assertion “rests on somewhat shaky ground.”

The OLC cited no case law to support its conclusion, but rather derived its immunity authority from a 1971 memorandum by then-Assistant Attorney General William Rehnquist. Although acknowledging that his conclusions from historical practices were “necessarily tentative and sketchy,” Mr. Rehnquist opined that presidential advisors are absolutely immune from congressional testimony.

Judge Henderson analogized testimonial immunity to other presidential immunity contexts and found no solid support. For these reasons, the judge opined that the qualified executive privilege, which includes a communications privilege, would “adequately protect the Executive Branch’s undeniably critical interests” “when the Congress attempts to pry open the lid of presidential confidentiality.”

In short, Judge Henderson believes that “the applicable privileges provide a narrower starting point and, should the parties reach an impasse, frame the issue in a manner more suitable—and indeed, more familiar—to judicial resolution.” But perhaps more importantly,

Even setting aside the shaky foundation of testimonial immunity, a categorical refusal to participate in congressional inquiries strikes a resounding blow to the system of compromise and accommodation that has governed these fights since the republic began.

Will We See a Resolution?

Judge Henderson’s preference for privilege invocation over immunity assertions may never obtain full judicial consideration. So long as the majority’s opinion that the Legislative Branch lacks standing to compel testimony from the Executive Branch remains in place, the current and future presidents may invoke immunity with impunity.

On March 13, 2020, the U.S. Court of Appeals for the District of Columbia Circuit vacated the McGahn opinion and ordered an en banc hearing for April 28, 2020. You may review the Order here. The Committee’ en banc petition, available here, focused on the panel’s Article III decision.  And the Court limited supplemental briefing to the Article III standing issue.

It appears that a fuller discussion of Judge Henderson’s opinion on immunity versus executive privilege will not occur in the near future.