I, Being of Sound Mind, Hereby Bequeath My Privilege to …

Here is a privilege question you don’t see every day—can one bequeath her attorney–client privilege? We know that the privilege survives one’s death, see the Vince Foster case, so may a lawyer give his deceased client’s files—which contain privileged communications—to the 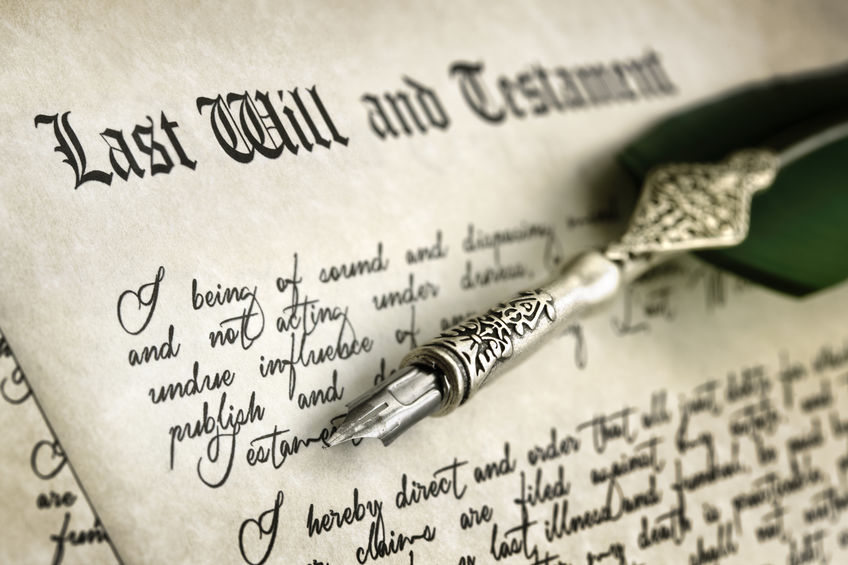 A Colorado court said yes—a post-death property-transfer statute requires the transfer of a decedent’s property to the personal representative, including files—and, consequently, privileged information—held by the decedent’s lawyer. The court, however, refused to answer a significant follow-up question. In re Estate of Louis Rabin, 2018 WL 6801821 (Colo. Ct. App. Dec. 27, 2018). You may read the opinion here.

Lawyer Mark Freirich represented Lou Rabin in over 40 matters throughout the years. Lou, once married to Suyue, was married to Claudine when he died in 2017. Lou’s Last Will and Testament named Claudine as his personal representative in the estate’s administration.

As it turns out, lawyer Freirich had prepared a couple of promissory notes from Lou to Suyue that became due upon Lou’s death. Claudine, as the estate’s personal representative, subpoenaed Lou’s files from lawyer Freirich. Freirich refused, claiming that Lou was the privilege holder, the privilege survived Lou’s death, and he was duty-bound to prevent disclosure.

Colorado’s decedent’s estates law provides that, unless the Last Will & Testament provides otherwise (remember this phrase), the personal representative has a right to take possession of “the decedent’s property.” The Rabin court held that “property” includes files maintained by the decedent’s attorney, and that “a personal representative ‘has a right to’ client files held by an attorney for a decedent, except where a will provides otherwise.”

Colorado’s attorney–client privilege law and ethics rule 1.6 prevent Freirich from disclosing Lou’s privileged and confidential information, so how do you reconcile those obligations with the property-transfer law?

Freirich’s concern—and all lawyers’ concern—is that if privileged communications transfer, then the personal representative will have authority to disclose those communications as she sees fit—even if the dead client would not have done so. At least one Colorado appellate judge had this concern, as you can see by viewing the oral argument.

Because there was no evidence that Claudine intended to disclose those communications to others, the court sidestepped the issue, “leav[ing] for another day the exploration of the extent to which a personal representative’s fiduciary obligation to the estate restricts such disclosures.”

A person has a reasonable belief that her privileged communications will forever remain confidential. The Rabin court, however, tells us that may not be true. Fiduciary obligations aside, do you want your personal representative to become the holder of your attorney–client privilege?

If not, then apparently you should say so in your Last Will and Testament. The Rabin court repeatedly stated that privileged information transfers “absent a provision in the will stating otherwise.” So, to avoid a posthumous disclosure of your privileged communications, one should now consider adding a no-privilege-transfer clause in his or her Will.