Entirely Too Far—No Privilege between Company and its “Agent”

It often happens that a company obtains information critical to its claim or defense from an entity with which it has a close business relationship. The question arises whether the attorney–client privilege protects the communications. Sure, some courts extend the privilege to a client or lawyer’s agent in various, restrictive situations.

But when a Texas company claimed privilege over its non-lawyer communications with its sole-source supplier, the court rejected the privilege. It ruled that the company took this agency principle “entirely too far.” LL’s Magnetic Clay, 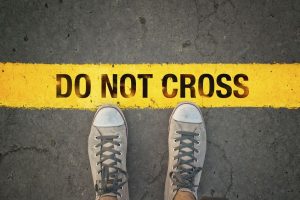 Magnetic Clay subpoenaed—and Tainio produced—documents that included communications between Safer and Tainio regarding the relevant, technical information. Safer Medical saw these documents and immediately sent a claw-back letter, claiming the privilege protected the documents from discovery. Safer Medical claimed that Tainio, its sole-source supplier, was functioning as its agent “whose assistance [was] necessary to enable the client’s attorneys to provide legal advice.”

The court correctly cited the privilege’s foundational elements—confidential communications for legal-advice purposes—but then said this: a third-person’s  presence during the communication eliminates the confidentiality element “unless the third person has a common legal interest with respect to the subject matter of the communication.” What does this exception mean? Keep reading.

The court noted that, “[w]hile courts have recognized that the privilege may extend to non-attorneys hired by attorneys or clients to assist in litigation,” Safer Medical provided no legal support for extending the “privilege as far as they argue,” which was “entirely too far.” Privilege rejected.

Where are the Lawyers?

The communications’ substance and authors remain unknown because these now non-privileged documents remain under seal, which thwarts transparency and the concomitant learning opportunities. But it appears the documents at issue did not involve Safer Medical’s lawyer, a critical point that the court did not address.

Remember folks, the privilege covers communications between a lawyer (or her agent) and the client made for legal-advice purposes. It appears the lack of lawyer involvement here would also have prevented the privilege’s application.

Now back to the court’s comment about a “common interest” exception. Can it be that a party may assert the privilege even if it discloses the confidential, privileged information to a third-party, so long as the third-party shares a common legal interest? Would this exception concept apply if the third-party was neither a party nor anticipated party to the lawsuit, and had no counsel involved?

2018-12-11
Previous Post: The Privilege When Your Attorney is the Best (or Only) 30(b)(6) Witness
Next Post: No Room in the Inn: Marriott’s Legal Dep’t Loses Privilege over Strategic Plan Memo