As the Senate confirmation hearings begin this week on Judge Brett Kavanaugh’s nomination to the U.S. Supreme Court, let’s review the nominee’s privilege opinions from his 12-year stint on the D.C. Circuit Court of Appeals.

By my count, Judge Kavanaugh authored 9 substantive, privilege-related opinions, each summarized below, including a few I discussed in prior PoP posts.  As you will see, Judge Kavanaugh is a strong proponent of the corporate attorney–client privilege, applies statutes’ “plain meaning,” upholds government agencies’ withholding of documents under the deliberative-process privilege, 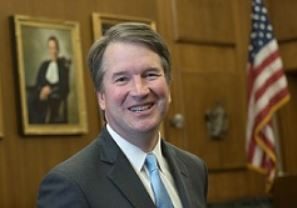 attorney–client privilege, Judge Kavanaugh upheld the attorney–client privilege for internal investigations conducted at in-house counsel’s direction.  Judge Kavanaugh ruled that the privilege applied even where government regulations required the investigation, and non-attorneys conducted the employee interviews. And in a move that will please in-house counsel, the SCOTUS nominee rejected a narrow view of the primary-purpose test for communications pertaining to legal and business matters.

Noting “evident confusion” about the primary-purpose test and stating that the district court’s “but for” analysis was “not appropriate for attorney–client privilege analysis,” Judge Kavanaugh articulated this standard: “Was obtaining or providing legal advice a primary purpose of the communication, meaning one of the significant purposes of the communication?” In other words, Judge Kavanaugh rejected the sole-causation test in favor of a broader test that, “sensibly and properly applied, … boils down to whether obtaining or providing legal advice was one of the significant purposes of the attorney-client communication.”  You may read the opinion, and my full analysis of it, at this blog post.

Federal Trade Comm’n v. Boehringer Ingelheim Pharmaceuticals, Inc., 892 F.3d 1264 (D.C. Cir. 2018).  In his last privilege opinion prior to his SCOTUS nomination, Judge Kavanaugh faced the issue of what privilege standard applied to a General Counsel’s communications that involved both legal and business advice.  Judge Kavanaugh, applying his Kellogg decision, eschewed a narrow, but-for standard, and ruled that the privilege covered a General Counsel’s communications involving legal and business issues because “one of the significant purposes of [her] communications was to obtain or provide legal advice,” with an emphasis on “one.”  You may read the opinion, and my earlier analysis, at this blog post.

South Carolina v. United States, No. 12–203, U.S. District Court for the District of Columbia, August 10, 2012.  In this case, Judge Kavanaugh sat on a three-judge panel at the D.C. District Court under §5(a) of the Voting Rights Act.  In South Carolina’s declaratory-judgment action that its voting-related statutory modifications are entitled to preclearance under the Voting Rights Act, the question arose whether the attorney–client privilege protected documents prepared by an attorney for the South Carolina legislature.  Two judges said no—narrowly applying the privilege and finding that the attorney’s work was policy-related, not legal related.

Judge Kavanaugh dissented.  He opined that attorneys for Congress or state legislatures engage in “legal work” when they “research, draft, and negotiate legislation.”  In what was a foreshadowing of the Kellogg decision, Judge Kavanaugh stated that the privilege should apply so long as the legislative attorney’s work was “substantially legal in nature.”  He expected that state legislators would be “somewhat startled” to hear that the privilege would not apply to “routine legislative work,” including work that is “strategic, policy-oriented, or political.”  With concern for the “proper development of privilege law,” Judge Kavanaugh hopes that future courts do not follow the majority’s decision because “its approach could impair the necessary confidentiality of the critical work done by attorneys in Congress and state legislatures.”  You may read the opinion here.

Chevron Corp. v. Weinberg, 682 F.3d 96 (D.C. Cir. 2012).  In this decision, Judge Kavanaugh showed that he will not issue advisory opinions but, instead, requires a fully developed record before deciding a privilege matter.  In this case, Judge Kavanaugh vacated Judge Facciola’s decision applying the crime-fraud exception to the attorney–client privilege in Chevron’s subpoena of documents from a scientific consulting firm.  Judge Facciola had relied upon a SDNY case that Second Circuit later reversed.  Judge Facciola also relied upon alternative grounds, but, according to Judge Kavanaugh, “did not independently explain what facts would support that conclusion.”  Judge Kavanaugh also found the trial judge’s crime-fraud analysis lacking, stating that “it is not clear that the D.C. district court applied the crime-fraud tests set forth by this court’s cases.”  You may read the opinion here.

The deliberative-process privilege, applicable through FOIA Exemption 5, applies to intra-agency documents that are both deliberative and pre-decisional.  Judge Kavanaugh agreed that the privilege “rests on the obvious realization that officials will not communicate candidly among themselves if each remark is a potential item of discovery and front page news.”   The privilege “preserve[s] the ‘open and frank discussion’ necessary for effective decisionmaking,” and “officials should be judged by what they decided, not for matters they considered before making up their minds.”  You may read the opinion here.

National Security Archives v. Central Intelligence Agency, 2014 WL 2053829 (D.C. Cir. May 20, 2014).  Judge Kavanaugh, writing for a 2–1 majority, ruled that the deliberative-process privilege protects from a FOIA request a 1973 CIA draft volume about the Bay of Pigs operation.  The draft, the last of a five-volume assessment by former CIA staff historian Dr. Jack Pfeiffer, detailed the author’s conclusions about the failed Cuban invasion.  The Court held that the deliberative-process privilege protects all “draft” agency documents because they are necessarily predecisional and deliberative.  While drafts may become final versions released to the public, the drafts remain predecisional.

Judge Kavanaugh rejected all of the requestor’s counterarguments, including that the privilege should not apply because there was no “final” fifth volume, the CIA released the other four volumes, the CIA identified no harm in the fifth volume’s release, and the passage of time (50 years) renders the privilege inapplicable.  For more detail on this case, including the opinion and President Kennedy’s remarks about American pilots’ deaths during the operation, see my blog post from 2014.

Under the consultant-corollary doctrine, the deliberative-process privilege covers records authored by non-U.S. agency entities where a U.S. agency solicited the records and the non-agency “did not have its own interests in mind.”  Judge Kavanaugh could not decide the question, however, because the trial-court record lacked information whether the Mexican agency actually participated in preparing the expert report.  So, Judge Kavanaugh left this first-impression issue to another day.  Read the opinion here.

Watts v. SEC, 482 F.3d 501 (D.C. Cir. 2007).  Shell shareholders sued a former Shell executive claiming securities fraud, and the executive subpoenaed three employees of the Securities and Exchange Commission.  The SEC’s General Counsel sent a letter to the executive, claiming that the deliberative-process privilege precluded their testimony.  The executive sought appellate review directly with the D.C. Circuit, arguing that the General Counsel’s decision was an “order” subject to direct appellate review under Section 25 of the Securities and Exchange Act of 1934.  Judge Kavanaugh disagreed, and transferred the case to the D.C. District Court for lack of subject-matter jurisdiction.  You may read the opinion here.

Baker & Hostetler LLP v. U.S. Dep’t of Commerce, 473 F.3d 312 (D.C. Cir. 2006).  In this FOIA case, a law firm sought disclosure of 51 sets of notes from internal Commerce Department meetings.  The deliberative-process privilege would normally prevent disclosure, but the law firm argued that the Tariff Act’s public-record requirement mandated disclosure.  Judge Kavanaugh held that the trial court failed to apply the “plain meaning” of the Tariff Act, and remanded for further proceedings.  From a privilege standpoint, Judge Kavanaugh seemed to question whether the deliberative-process privilege overrode the Tariff Act’s disclosure requirements, but the government never made that argument.  A missed opportunity?  Foreshadowing a future ruling?  Read the opinion here.

2018-09-04
Previous Post: Commentary on The Yates Memorandum
Next Post: Well, That Backfired. A Privilege-Waiver Tale for Internal Investigations and In-House Counsel