The USDC for the ED Louisiana issued a short but instructive privilege opinion for in-house lawyers.  The court found the in-house counsel 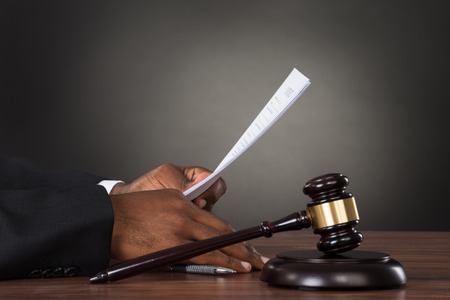 privilege “more difficult” to apply, ruled that an executive’s cc’ing in-house counsel is insufficient, imposed a “primary purpose” standard, and generally rejected the privilege because there was “no indication” that the employee emailing the in-house lawyer was seeking legal advice.  Texas Brine Co. v. Dow Chemical Co., 2017 WL 5625812 (ED La. Nov. 21, 2017).  You may read the opinion here.

Dow Chemical challenged the privileged nature of several emails involving Texas Brine’s in-house lawyers, and the court recognized the difficulty in assessing in-house lawyers’ privilege assertions.  The court found it “more difficult” to define the privilege’s scope because in-house counsel “serve multiple roles,” including non-legal ones, and have an “increased level of participation in the day-to-day operations of the corporation.”

Because of a perceived increase in corporate counsel’s business roles, the court required the Texas Brine lawyers to prove that legal advice was “the primary purpose” of the emails.  The court explained this “test” as whether the in-house lawyer participated in the communication “primarily for the purpose of rendering legal advice.”  Merely identifying a legal issue in the email is insufficient—the “lawyer’s role as a lawyer must be primary to her participation.”

The court did not otherwise define this test, leaving some open questions.  By using the phrase “the primary purpose” rather than “a primary purpose,” did the court apply a but-for causation standard—meaning that the lawyer would not have engaged in the communication but for giving legal advice?

Other courts, notably the D.C. Circuit in the KBR case, profiled here, require only that an in-house lawyer prove that a primary purpose of the communication was to secure legal advice.

The court also rejected a privilege assertion over an employee’s email forwarding information to an in-house lawyer.  The court found that the email contained “no indication” that the employee was seeking legal advice by forwarding the email.

The court refused to apply the privilege to an employee’s email sent to a non-attorney and an in-house lawyer.  The reason?  The court reviewed the email and found that it did not “seek legal advice.”  The court emphasized that the privilege does not cover documents sent from one corporate officer to another “merely because a copy is also sent to counsel.”

Emails Regarding Application of Regulations

The court found that one putatively privileged email “may implicate the application of certain regulations,” but ultimately rejected the privilege assertion. The court read the email in camera and determined it concerned “business and/or technical expertise,” and contained “no indication of any legal advice sought or provided.”  For a more detailed discussion of the privilege’s application to communications regarding regulatory advice, see this post.