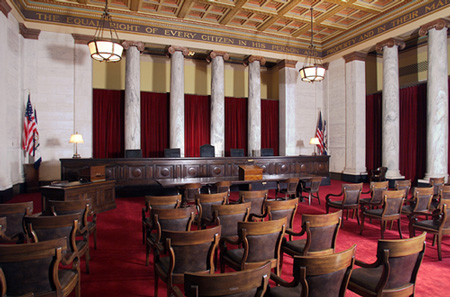 the attorney–client privilege for his coverage opinion by sending a coverage denial letter directly to the insured.  The Court answered with an emphatic “No.”  Montpelier U.S. Ins. Co. v. Bloom, 757 S.E.2d 788 (W. Va. 2014).  You may read the decision here.

A property owner sued B&B Transit alleging that it caused a landslide that damaged their property.  B&B notified its insurer of the claim, and the insurer retained coverage counsel to determine whether the policy provided coverage for the landslide allegations.

The W. Va. Supreme Court found this argument “novel,” noting that B&B did not cite to, “nor have we found, any case in the country that has held that the attorney–client privilege does not apply to a coverage opinion letter when an insurer communicates the gist of the recommendation contained in the letter to the insured.”

The Court analogized this novel issue to cases where insureds sought coverage opinion letters as part of the insurer’s claims file.  And it distinguished cases where an attorney acted as a claims adjuster on the initial claim determination.

The Court concluded that the attorney–client privilege protects from disclosure coverage counsel’s coverage opinion letter and that counsel’s communication of the coverage decision to the insured does not constitute privilege waiver.  Insurance coverage counsel facing this type of discovery dispute now have support from the West Virginia Supreme Court.

2014-08-27
Previous Post: Engineer’s Investigative Report—Sent to Outside Counsel—Not Privileged
Next Post: No Privilege for Secret Recording of Class–Counsel’s Client-Recruitment Meeting