The question whether the attorney–client privilege protects client identities from compelled disclosure reached the Pennsylvania Supreme Court in Levy v. Senate of Pennsylvania, 65 A.3d 361 (Pa. 2013).  The Court restated the 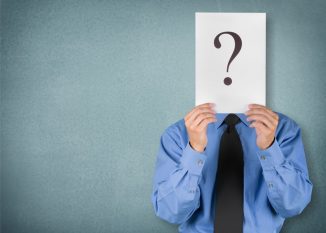 general rule that the privilege does not protect client identities, but, in a break from other jurisdictions, limited the exceptions to this rule.

In Levy, a journalist sought certain documents under Pennsylvania’s Right-to-Know Law regarding the outside legal representation of state Senate Democratic Caucus employees.  The Senate produced some documents, but redacted certain information that identified the clients represented by outside lawyers, claiming that the attorney–client privilege protects this information.

The Court noted that other jurisdictions recognize three exceptions to the general non-privilege rule:

The “last link” exception focuses not on confidentiality or legal advice, but rather on the potential negative consequences that would result from revealing the client’s identity.  The Court described the “last link” exception as applying “where the disclosure of the client’s identity by his attorney would have supplied the last link in an existing chain of incriminating evidence likely to lead to the client’s indictment.” (quoting In re Grand Jury Proceedings (Pavlick), 680 F.2d 1026, 1027 (CA5 1982)).

The Levy Court held that the attorney–client privilege applies where divulging the client’s identity would disclose either the legal advice given or the confidential communications exchanged.  These exceptions to the general rule that the privilege does not cover client identities apply in civil and criminal cases and require a case-by-case, “specific determination” whether revealing the client’s identity will expose otherwise privileged information.

The Court rejected the “last link” exception.  It held that this exception does not focus on the revelation of confidential communications or legal advice—the basic protections the privilege provides.

The Levy Court properly restated the general rule that the privilege does not protect client identities from disclosure except where disclosure would reveal confidential communications or legal advice.  The Levy Court, however, broke from several jurisdictions that recognize the so-called “last link” exception.

The question becomes whether the Levy decision will remain a minority position or serve as the start of a trend limiting or excluding the “last link” exception.