Deposing an attorney almost always raises privilege issues, among other concerns. For this reason, courts typically impose hurdles that a party must leap to obtain a lawyer’s testimony.  In a patent-infringement suit, Fitbit sought to depose a patent attorney to 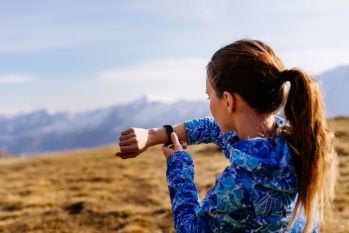 help prove an affirmative defense, but it missed a step.  The court circumvented privilege concerns by holding that Fitbit, which had yet to file an answer, had not actually pled the defense and therefore lacked a basis for the deposition. This ruling came even though Fitbit featured its affirmative defense in discovery responses. Helget v. Fitbit, Inc., 2021 WL 1737300 (D. Mass. May 3, 2021).  You may read the short opinion here.

Philips North America LLC filed a patent-infringement lawsuit against Fitbit, the producer of popular fitness products including the watch-like tool that tracks your daily steps. Fitbit filed a FRCP 12(b)(6) motion to dismiss but the court has not ruled.  Most courts hold that a defendant need not answer the complaint until after a ruling on a motion to dismiss, so Fitbit had not filed an answer in which it formally recited its affirmative defenses.

With its motion pending yet the discovery period progressing, Fitbit set off to depose the Minneapolis patent lawyer who had previously prosecuted the at-issue patent before the USPTO. Fitbit’s purpose was to obtain evidence to support its inequitable conduct defense.  The lawyer filed a motion to quash the deposition subpoena, in part, on grounds that the Shelton rule prohibits his deposition.

Arising from Shelton v. American Motors Corp., 805 F2d 1323 (CA8 1986), the doctrine requires a party to prove these three factors before deposing opposing counsel: (1) no other means exist to obtain the information; (2) the information sought is relevant and non-privileged; and (3) the information is crucial to the case’s preparation.

But the patent attorney was neither opposing counsel nor in-house counsel for a party to the litigation—he was simply the lawyer who previously prosecuted the patent. The court therefore rejected Shelton’s application because the lawyer was “not trial or litigation counsel in the underlying case.” Instead, the court applied a traditional FRCP 45 analysis for third-party subpoenas.

Fitbit could have filed an answer and asserted the defense, but with a pending motion to dismiss the civil-procedure rules did not require it. And by electing not to take the step of filing an answer, the court refused to allow the attorney’s deposition, holding—

A deposition of an attorney raises concerns even if that attorney is not opposing counsel in the underlying case. Therefore such deposition should only occur after Fitbit has followed the proper procedure. Its inequitable conduct allegations should be set forth in a responsive pleading, not just an interrogatory answer, and be subject to the scrutiny of Rule 9(b).

Think about the posture of this case. A defendant files a motion to dismiss that relieves it of filing an answer. While awaiting for the court’s ruling—which here is now over 15 months—the defendant must comply with discovery deadlines. Had Fitbit filed an answer with the affirmative defense, it appears the court would have allowed the deposition. Is this form over substance?

Or is the substance that this particular defense imposes a heightened pleading standard and that, despite Shelton’s inapplicability, courts don’t readily allow attorney depositions because of the inherent confidentiality and privilege issues?

Likely so, which means that Fitbit should have tracked its steps a bit closer.

2021-05-07
Previous Post: Inextricably Linked? Court Rejects Lawyer’s Instruction Not to Answer Deposition Question about Co-Client Communications
Next Post: “All I Know is What the GC Told Me!” Court Allows CEO’s Deposition but With Some Privilege Protections