In the ongoing trade-secrets litigation between Waymo and Uber over the alleged theft of self-driving car technology, a federal court ordered Uber to produce a due 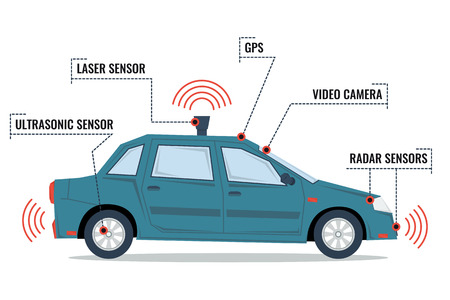 diligence report prepared by its third-party investigation firm. The court held that neither the attorney–client privilege nor the common–interest doctrine protects this report, which could contain a treasure-trove of information.  Waymo LLC v. Uber Techs., Inc., 2017 WL 2694191 (N.D. Cal. June 21, 2017).  You may read the magistrate judge’s opinion here, and the district court’s approval here.

Anthony Levandowski was an engineer at Waymo, a subsidiary of Google’s parent, Alphabet, Inc., and heavily involved in developing the LiDAR laser-sensor technology necessary to operate self-driving cars. He started Ottomotto LLC on Jan. 15, 2016, resigned from Waymo on Jan. 27, 2016, and formed Otto Trucking LLC on Feb. 1, 2016.

Just days later, Otto entered into a Term Sheet with Uber which created a process for Uber to potentially acquire 100% of Otto. Uber ultimately acquired Otto for $680M and hired Levandowski to lead its self-driving car program.  Did Levandowski transfer Waymo’s LiDAR trade secrets to Otto and then to Uber?

Waymo thinks so.  It instituted two arbitrations actions against Levandowski, and sued Uber and Otto on Feb. 17, 2017.  Read the Complaint here.  The court has issued several orders requiring Uber/Levandowski to produce documents.  The court asked federal prosecutors to investigate Uber and Levandowski for trade-secrets theft.  Uber later fired Levandowski for reportedly failing to meet the company’s deadline for complying with other court orders.

The Feb. 2016 Term Sheet required Uber to complete “pre-signing due diligence” on Otto and its employees that were formerly employed by Waymo.  Uber and Otto, through their respective counsel, jointly retained the Stroz Friedberg firm to investigate and prepare the due diligence report..  You may read Stroz’s engagement letter here, which confirms the joint retention.

Stroz interviewed the employees, including Levandowski, reviewed their “digital devices and cloud storage,” and prepared a report. The report summarized all facts and activities of employees reasonably related to various “Bad Acts,” which included trade-secrets misappropriation.

Is the Due Diligence Report Privileged?

What did Levandowski tell the investigators? What did his computer, smart phone, and cloud storage reveal?  What did Uber know and when did it know it?  Waymo wants answers to these questions, and moved to compel Uber to produce the due diligence report.

Levandowski, through personal counsel, intervened to assert his personal attorney–client privilege over the due diligence report.  The court recognized that the privilege generally covers a client’s communications to an attorney’s agent, but noted that there was no such attorney–client relationship here.

Neither Levandowski nor his personal counsel retained the Stroz investigators, and there was no evidence that Stroz prepared its report so that counsel could provide legal advice to Levandowski personally. According to the court, the privilege may have applied if Levandowski’s attorney had retained Stroz, but Stroz “was not so retained.”

Levandowski either worked for Otto or Uber at the time these corporate entities retained Stroz, so why doesn’t the corporate attorney–client privilege protect the due diligence report?  Uber lost its privilege argument for a couple of reasons.

First, the court found that Stroz interviewed Levandowski in his personal capacity and not as an Otto executive.  Second, the court found no privilege existed because Uber and Otto jointly retained Stroz.  At the time of the investigation, Uber and Otto were on opposite sides of a potential transaction, and “[t]wo clients represented by separate counsel do not create an attorney–client relationship by jointly retaining an agent.”

Common-Interest Doctrine Does not Apply

Stroz provided an “interim report” to Uber’s counsel and, only a few days later, Uber, Otto, and Levandowski executed a joint-defense agreement, which you may read here.  The court, however, rejected the parties’ argument that the common–interest doctrine protected the report.

Does the work-product doctrine protect the due diligence report even if the privilege does not? Good question.  The court rejected this document-protection theory as well, and I explain that ruling in my post: Court Rejects Work-Product Doctrine for Uber’s Due Diligence Investigation.