In a decision that employers’ lawyers will find helpful, the California Court of Appeals ruled that the attorney–client privilege protects from discovery an outside counsel’s investigation into an employee’s allegations in an EEOC Charge.  The privilege applied even though the lawyer’s engagement letter stated that she will do an “impartial investigation” and “will not render legal advice.”  City of Petaluma v. Superior Court, 2016 WL 358106 (Cal. Ct. App. June 8, 2016).  You may read the decision here. 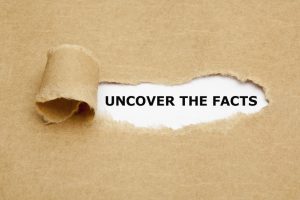 A female firefighter and paramedic filed an EEOC discrimination charge against the City of Petaluma asserting sexual harassment and retaliation claims.  The City Attorney retained outside counsel to investigate the employee’s EEOC charge and assist in preparing him to defend the City in an anticipated lawsuit.

The outside counsel’s engagement letter with the City proved critical in the employee’s subsequent motion to compel her investigation report.  The letter stated that the lawyer would conduct an impartial investigation and “interview witnesses, collect and review pertinent information, and report” that information to the City Attorney.

Using the engagement letter’s language, the employee moved to compel production of the investigation report on the grounds that the City did not retain outside counsel to provide legal advice, but only to conduct a factual investigation.  On the surface, this argument has some appeal, and the trial court found the privilege inapplicable and ordered production.

But the appellate court rejected such a narrow reading of the lawyer’s work and the privilege’s scope.  The court stated that courts should focus on the “dominant purpose of the relationship between attorney and client and not on the purpose served by the individual communication.”

Under California’s statutory attorney–client privilege, the “client” is a person who retains a lawyer for securing “legal service or advice.”  Cal. Evid. Code § 951.  The court, therefore, held that “the attorney–client relationship may exist when an attorney provides a legal service without also providing advice.”

Using language that employers’ lawyers will surely quote in the future, the court stated that “[t]he rendering of legal advice is not required for the privilege to apply.” And, importantly, “fact-finding which pertains to legal advice counts as professional legal services.”

Here, the outside lawyer used her legal experience and knowledge to identify the pertinent facts, evaluate evidence, and reach a conclusion regarding the veracity of the employee’s sexual-harassment and retaliation allegations.  The court found these actions constituted “legal services” that the privilege covers, even if she did not ultimately provide the City with legal advice.

The City’s outside counsel’s conduct provides a good example for employers retaining investigation counsel for employment-discrimination claims.  Her engagement letter outlined the scope of her investigation, and expressly stated that she would use her “employment law and investigation expertise.”

The Petaluma court’s ruling should encourage employers and their in-house and outside counsel to take the engagement letter seriously and ensure that it contains much of the same language.  Implicit in counsel’s letter was that she was providing legal services, even if not legal advice; but Petaluma suggests that the engagement letter make the phrase “legal services” explicit.