The joint-client doctrine, which applies when one lawyer represents two or more clients, holds that the attorney– 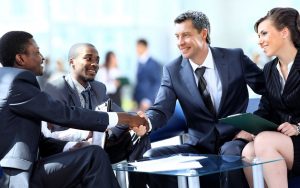 But what happens to the privilege when one, but not the other, of the lawyer’s joint clients sues the lawyer for malpractice—can the nonsuing client assert the privilege to prevent disclosure of attorney–client communications made in the course of joint representation?

In what appears to be a matter of first impression, a California appellate court answered in the negative, ruling that one joint client waives the privilege for all joint clients when he charges the attorney with malpractice.  Anten v. Superior Court, 183 Cal. Rptr. 3d 422 (Ct. App. 2015).  You may read the decision here.

The court rejected the privilege and identified two bases for its ruling.

First, the court determined that, because the Anten and the Rubins were joint clients of the law firm, their communications were confidential and privileged as to strangers, but not between themselves.  In other words, the Rubins had no expectation of confidentiality with respect to Anten.  No confidentiality equals no privilege.

Second, the court held that considerations of “fundamental fairness” weighed in favor of vitiating the privilege.  It found unfair the situation where one joint client could prevent a lawyer from introducing communications in a suit to collect his fee.  And conversely, it found unfair the situation where a nonsuing client could prevent disclosure of communications in the other client’s suit against the lawyer.  The court also found “substantial” the risk of collusion between the joint clients in the former situation and the lawyer-nonsuing client in the latter situation.

Given the joint-client doctrine, the court’s ruling on the first-impression issue is not surprising.  Joint clients must know and understand that communications with their lawyer, whether in separate or joint meetings, are not confidential between themselves.  And they must know that it is unlikely that they can raise the privilege to preclude disclosure of their communications in any subsequent suit involving the clients and lawyer as adversaries.

The Anten case provides lawyers with a take-away as well.  Lawyers representing multiple clients should ensure that their clients understand the lack of confidentiality between themselves of lawyer communications—in any situation. A best practice is to include these statements in the engagement agreement or otherwise having the client sign an acknowledgement.