Does Assertion of § 260 Good-Faith Defense in FLSA Action Waive the Attorney-Client Privilege?

In a FLSA collective action against PetSmart, a Delaware federal magistrate judge ruled that PetSmart’s assertion of 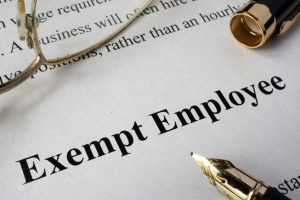 the good-faith affirmative defense, authorized by 29 USC § 260, did not constitute waiver of the attorney-client privilege.  The judge drew a distinction between PetSmart’s state-of-mind and advice-of-counsel assertions, and issued the ruling even though PetSmart’s decision-maker made the exemption decision after “conversations with the legal department.”  McKee v. PetSmart, Inc., 71 F. Supp. 3d 439 (D. Del. Oct. 15, 2014). You may read the court’s decision here.

FLSA and the Good-Faith Defense

In a FLSA, wage-and-hour action, the plaintiffs may recover liquidated damages if the employer willfully misclassified employees as exempt from overtime wages.  29  USC § 216.  An employer may avoid these damages, however, if it proves that it had a reasonable basis for making the decision, even if the decision proved inaccurate. Employers routinely assert this good-faith defense in FLSA actions.

In McKee, the plaintiffs (operations managers at PetSmart) took the deposition of PetSmart’s director of compensation and asked him the bases for his exemption decision.  The director testified that he relied on store visits and conversations with various PetSmart employees, including its legal department.  But PetSmart’s counsel objected on privilege grounds and instructed the director not to answer questions regarding communications with the legal department about his exemption decision.

Plaintiffs’ counsel specifically asked the director the basis for PetSmart’s good-faith defense, and the director stated that he relied on his due diligence, which included discussions with operations managers and field managers.  The director never said he relied on advice of PetSmart’s in-house lawyers.  You may read the director’s testimony and counsel’s objections here.

The magistrate judge denied plaintiffs’ attempt to compel the director to divulge his conversations with the legal department.   The court drew a fine-line distinction between the director’s state-of-mind in making the exemption decision and his (lack of) reliance on advice-of-counsel.  Citing Third Circuit precedent, the court noted that PetSmart did not lose the privilege’s protection simply because its director of compensation’s state-of-mind was at issue.  See Rhone-Poulenc Rorer Inc. v. Home Indem. Co., 32 F.3d 851, 864 (CA3 1994).

The judge, however, seemed willing to find waiver if the evidence showed that the director relied on advice-of-counsel, stating that such evidence would “create a path to disclosure of privileged communications, which plaintiffs find vital to their case on the issue of willfulness.”  In this regard, the court ordered PetSmart to produce a PowerPoint presentation on exempt status that the director reviewed.

But the judge did not mention that the director testified in a prior deposition that PetSmart did rely on the advice of its in-house lawyers in determining the employees’ exempt status.  You may read this testimony here and determine whether you agree with the judge’s conclusions whether PetSmart relied on the advice of its counsel in making the exemption decision.

On October 29, 2014, the plaintiffs filed objections to the magistrate judge’s opinion, taking issue with the judge’s factual and legal support for the decision.  You may read the objections here.

As it currently stands, the McKee case provides guidance for counsel seeking to penetrate or defend the attorney-client privilege when the § 260 good-faith defense is at issue in a FLSA case.  If the exemption decision-maker testifies that he relied on legal counsel in making the decision, the the advice-of-counsel waiver will allow disclosure of privileged communications.  On the other hand, if the decision-maker does not rely on counsel’s advice, even if he communicated with counsel, then his state-of-mind is all that is at issue, and, according to the magistrate judge, there is no state-of-mind privilege waiver in the Third Circuit.

We await the district court’s decision.

It appears the case settled before the District Judge ruled on the objections. The Magistrate Judge’s decision is now a published opinion.