An Illinois Appellate Court ruled that the medical peer-review privilege did not protect a physician’s post-operation comments to the Medical Affairs Director.  The Court issued this ruling despite the fact that the physician making 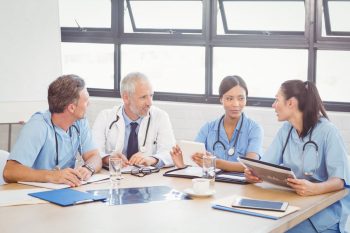 The peer-review privilege in Tunca arose in an atypical case-setting.   Plaintiff Dr. Tunca, a surgeon specializing in gynecological oncology, cut a patient’s femoral artery during surgery to remove an ovarian tumor.  Defendant Dr. Painter, a vascular surgeon, later repaired the cut by performing a femoral-femoral bypass.

After the surgery, Dr. Painter informed the Medical Affairs Director that Dr. Tunca had negligently and inadvertently severed the patient’s artery during the first operation.  Dr. Painter later made similar comments to other medical staff.  These comments were made in June 2006, and the hospital’s peer-review committee reviewed the incident in February 2007.

Even though the Tunca case arose in a defamation setting, it contains lessons for in-house and outside counsel representing medical providers in malpractice settings.  This case follows so many other decisions that narrowly interpret privilege rules and statutes.

Physicians routinely discuss post-incident information for purposes of learning what occurred and preventing repeat incidents, which is the same goal as the peer-review process.  Yet, the privilege does not protect these statements unless made after formal institution of medical peer-review proceedings.

Counsel should endeavor to train physicians and medical staff regarding how to handle post-incident comments and discussions.  While not all states follow Illinois’ strict statutory construction, the Tunca case should serve as caution in all peer-review situations.