Mardi Gras ended early for one New Orleans agency.  Just days before Fat Tuesday, the USDC for EDLA ruled that the attorney–client privilege did not protect a public entity’s “Executive 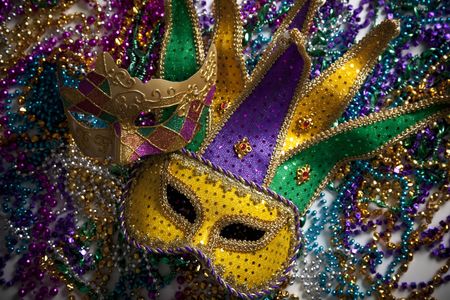 Summary” of a post-accident review.  The Court issued the ruling even though the entity’s GC created the Executive Summary form and the summary contained information to put the GC “on notice of a potential lawsuit and so that [she could] assess legal liability.”  O’Malley v. Public Belt RR Comm’n for the City of New Orleans, 2018 WL 814190 (ED LA Feb. 9, 2018).  You may read the decision here.

I [Can’t] Hear that Train a Comin’

Unlike the Folsom Prison inmate, Bryan O’Malley could not hear a moving locomotive and suffered injuries when it struck him while he was working for NOLA’s Public Belt Railroad Commission.  The Commission conducted a post-incident meeting and created an Executive Summary that included sections discussing the incident’s “primary cause” and “contributing cause.”

In a subsequent lawsuit, the Commission produced the Executive Summary with the “cause” sections redacted. O’Malley wanted an unredacted version, and moved to compel it.

Perhaps sensing trouble, the Commission’s General Counsel submitted a declaration stating that she prepared the Executive Summary form after becoming GC in 2014.  The managers were to complete the form “at [her] direction in the event of an incident.”  The department handling a post-accident investigation was to send the Executive Summary to the GC “to assess legal liability.”

As for the O’Malley investigation, the GC stated that the Commission’s managers prepared the report “to document a preliminary investigation in anticipation of litigation.”  You may read the GC’s entire declaration here.

The Court noted that, to secure privilege protection, the Commission must prove that its managers created the Executive Summary for the primary purpose of securing legal advice.  The Court found that assessment “complicated” “when the communication involves in-house counsel because these attorneys may serve in multiple roles (including non-legal).”

The GC’s declaration was insufficient to persuade the Court that the Commission prepared the Executive Summary for the primary purpose of the GC providing legal advice on the O’Malley incident.  The Court, rather, found that the Commission prepares summaries “in connection with any incident, without regard to whether that specific incident is at risk for litigation” or, in other words, in the ordinary course of business.

The Court found that the Executive Summary served multiple purposes—to prepare a FRA report, document facts, put management on notice, and to assist the GC in assessing liability.

And with one purpose no more primary than another, the Commission lost the privilege.

For a detailed analysis of protecting the privilege in post-accident investigations, see my article Trends in Privilege and Post-Accident Investigations.

2018-02-15
Previous Post: “Pardon Me, Boy,” Does Release of Atty’s Investigation Report Waive the Privilege?
Next Post: Smart Phones and Privilege Issues at the Canadian Border