Company Has “Duty” to Provide Privilege Log in Response to Gov’t Subpoena. Is Waiver Next? 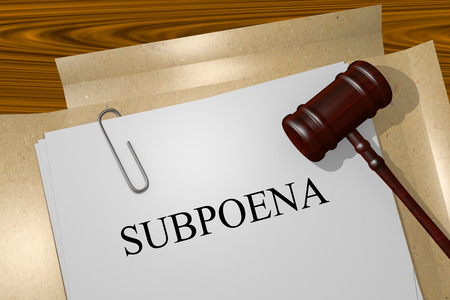 The federal court in Memphis has ruled that an employer must produce a privilege log when withholding documents in response to a NLRB subpoena.  This requirement arises even though the court acknowledged that only Article III judges, not ALJs, have authority to rule on privilege claims.  NLRB v. NPC Int’l, Inc., 2017 WL 634713 (W.D. Tenn. Feb. 16, 2017).  You may read the decision here.

As part of investigating an unfair labor practice charge, the NLRB issued a subpoena duces tecum to NPC asking for a variety of documents, including NPC’s investigation of an employee’s workers’ compensation claim.  The NLRB issued the subpoena under 29 U.S.C. § 161(1), which sets forth an employer’s responsive duties but says nothing about a privilege log.

The NLRB, however, included this demand in its subpoena (available in full here):

If any document responsive to any request herein was withheld from production on the asserted ground that it is privileged, identify and describe the following: (a) author; (b) recipient; (c) date of original document; (d) subject matter of the document; and (e) nature of the privilege asserted.

NPC requested that the NLRB revoke the subpoena on various grounds, including that it sought privileged information, but did not submit a privilege log.  The NLRB denied the revocation request, NPC still refused to produce documents, and the NLRB filed an enforcement action in federal court.

Because I Said So

In response to the federal-court enforcement action, NPC objected on privilege grounds and filed a privilege log.  The NLRB pounced, arguing that NPC waived its privilege objections by failing to produce a privilege log at the administrative level.  The NLRB argued that its authority arose from the subpoena itself—in essence, that it could require a privilege log by simply demanding that the employer produce one.

Citing NLRB v. Detroit Newspapers, 185 F.3d 602 (CA6 1999), NPC countered that only Article III judges may rule on privilege objections.  The court agreed, but held that Detroit Newspapers said nothing about privilege-log requirements.  It held that NPC had a duty to provide a privilege log to the NLRB and that NPC “ignored the subpoena’s explicit directive to provide specific information about each document withheld.”

The court’s concern was that adopting a per se rule that responding employers have no privilege-log requirement at the administrative level would frustrate the employer and agency’s ability to “cooperate and come to an agreement” on the privilege challenges.

While chastised, NPC avoided waiver.  The court ruled that, because NPC relied on Detroit Newspapers in good faith, it would not find privilege waiver for NPC’s failure to produce a privilege log to the NLRB.

With this ruling, however, the question is whether the next employer failing to produce a privilege log to an administrative agency will suffer waiver consequences.