In a case involving licensing rights for early musical recordings of Bob Marley and the Wailers, the 9th Circuit ruled 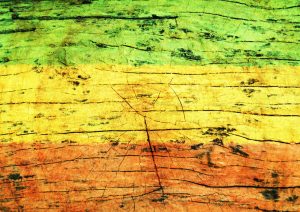 Rock River Communications purchased non-exclusive licensing rights to 16 musical recordings of Bob Marley and the Wailers.  Rock River then produced remixes of Marley’s music, created an album titled “Roots, Rock, Remixed,” and secured the album’s distribution via iTunes and record stores.  Rock River also secured a deal with Relatively Media to include its remix of Marley’s “Lively Up Yourself” on the soundtrack to the 2010 Dear John motion picture.

But Universal Music Group (UMG) sent Rock River a cease-and-desist letter claiming it had exclusive licensing rights to Marley’s music, and further sent Apple and Relatively Media letters threatening suit if they distributed or used Rock River’s Marley recordings.  As a result, Relatively Media decided not to use “Lively Up Yourself” on the Dear John soundtrack and Apple pulled “Roots, Rock, Remixed” from its iTunes store.

Before reading further and diving into the ever-intriguing Noerr–Pennington doctrine and related privilege issues, you should absorb a little Bob Marley, “lively up yourself and don’t be no drag.”

Rock River sued UMG for, among other causes of action, antitrust violations and the common-law tort of intentional interference with prospective economic advantage, and UMG asserted the Noerr–Pennington defense to the antitrust claims.  The Noerr–Pennington doctrine arises from the Supreme Court’s rulings in Eastern Railroad Presidents Conference v. Noerr Motor Freight, Inc., 365 U.S. 127 (1961) and United Mine Workers v. Pennington, 381 U.S. 127 (1965), and holds that litigation activity, including pre-litigation cease-and-desist letters, cannot form the basis of antitrust liability unless the activity was a sham.

the privilege, analogizing to the at-issue waiver doctrine.  Rock River claimed that UMG bore the burden of proving the genuineness of its cease-and-desist letter and related activities and, by injecting this defense into the case, waived the attorney–client privilege as to that issue.