Originally published by Law360, New York (June 9, 2016, 11:40 AM ET) — The ever-expanding scope of what constitutes the “press” creates new issues for companies and their counsel dealing 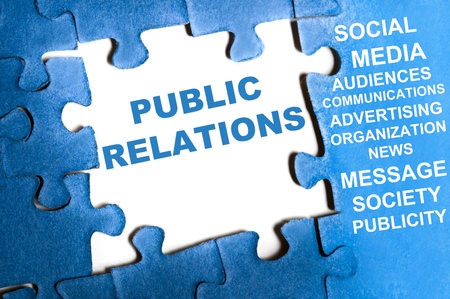 with disputes that either are in or will develop into litigation. Routine corporate disputes that received no media interest are now the subject of nontraditional media outlets such as blogs, internet news sites, social media posts, and homegrown, community websites. And the traditional media, whether newspapers, radio or local television stations, mine these sites for content and contact companies seeking comments, interviews and information about otherwise insipid disputes.

As a result, companies are increasingly turning to their in-house and outside corporate counsel to craft a media strategy as part of the litigation strategy. They ask lawyers to draft press releases, prepare employees for media interviews, and work with internal or external public relations professionals. Communications associated with these tasks often contain information the company wishes to protect from disclosure, and the question arises whether the attorney-client privilege or work-product doctrine serve that protective role.

Two recent cases provide important instructions on these issues. These cases involve an in-house lawyer working with internal employees in responding to media inquiries and outside counsel communicating with a public relations firm.

In Alomari v. Ohio Department of Public Safety,[1] the Sixth Circuit, in a matter of first impression, held that the attorney-client privilege protected an in-house lawyer’s communications with the plaintiff, a former employee, designed to gather information to respond to media inquiries.

The plaintiff in this employment discrimination case formerly worked for the Ohio Department of Public Safety (ODPS) and was vocally critical of ODPS’s training and public statements regarding terrorism and Islam. Because of the employee’s criticism, The Jawa Report, an anonymous internet blog, posted information regarding his prior employment with Columbus State Community College. The article stated that Columbus State fired the plaintiff for engaging in a sexual relationship with a student. The employee had not listed Columbus State as a former employer on his ODPS employment application.

Shortly after the publication of these reports, ODPS began receiving media inquiries regarding ODPS’s knowledge of the plaintiff’s Columbus State employment and his termination due to an improper sexual relationship. An ODPS director believed the media inquiries were significant enough to warrant legal consultation and contacted an ODPS in-house lawyer. This lawyer met with the plaintiff employee so that she could advise ODPS on how to respond to the media inquiries.

The plaintiff moved to compel communications from this meeting, but ODPS claimed that the attorney-client privilege protected these discussions. The plaintiff claimed that the meeting’s purpose was to prepare a media response and not so the ODPS in-house lawyer could render legal advice, and cited several district court cases holding that “an attorney’s advice about media relations [is] nonlegal.”[2]

The court found that the in-house lawyer was not making a media decision, but rather was seeking to provide legal advice to her employer client regarding how ODPS should respond to the media inquiries related to the plaintiff’s Columbus State employment. While the legal advice component may seem tenuous on the surface, the court found that responding to media inquiries on this issue was “an act with great legal ramifications.”[4] In other words, where a client intends to make a public statement in response to media inquiries on an issue that is likely to develop into litigation, a lawyer’s input into the media statement “has important legal issues.”[5]

Alomari is an important case for those in-house and outside corporate counsel who advise corporate clients on handling media inquiries. This decision instructs that the key to securing the privilege is the lawyer’s ability to prove that responding to media inquiries or adverse media attention is part of her overall legal strategy advice. If part of one’s legal strategy is to craft a public narrative for the media’s consumption, then Alomari holds that the privilege protects communications furthering that strategy.

While some entities, such as ODPS, work internally to craft a media strategy, others outsource that function to public relations firms. And when an entity’s corporate counsel communicates with the public relations firm, additional privilege and work-product impediments arise. The court’s decision in Bloomingburg Jewish Education Center v. Village of Bloomingburg[6] illustrates these issues.

In Bloomingburg, the plaintiffs sued the Village of Bloomingburg and Town of Mamakating (town defendants) claiming violation of various constitutional rights. In a separate but related case, the town defendants’ counsel had retained a public relations firm to assist in formulating the municipalities’ public message about the case.

Many courts follow the adage that “a media campaign is not a litigation strategy,”[10] and will view privilege claims with a good amount of skepticism. The Alomari and Bloomingburg decisions reveal this skepticism, but also present a road map for securing privilege protection in appropriate circumstances.

The Bloomingburg court found that the lawyer sought “ordinary public relations advice” rather than asking the public relations firm to assist him in providing legal advice to his client, while the Alomari court found privilege protection for employee-lawyer communications where the lawyer proved that crafting a media strategy furthered her legal strategy.

The pertinent question is whether the lawyer is playing a legal role in media relations issues, or merely assisting the client to manage general public relations. The answer is that lawyers may communicate with and seek advice from public relations professionals with privilege protection if there is evidence that a media strategy, such as a response to media inquiries or press releases aimed at a particular audience, is part of an overall legal strategy.

Todd Presnell is a litigation partner at Bradley in Nashville, Tennessee. In addition to his trial practice, he authors the legal blog, Presnell on Privileges, and advises corporate legal departments on establishing and maintaining the attorney-client privilege.

The opinions expressed are those of the author(s) and do not necessarily reflect the views of the firm, its clients, or Portfolio Media Inc., or any of its or their respective affiliates. This article is for general information purposes and is not intended to be and should not be taken as legal advice.