In a case that should teach us all a lesson, the USDC for the S.D. of Illinois ruled that K–Mart waived its work product protections over attorney-created data when it disclosed the data to HHS investigators. The Court rejected K–Mart’s selective waiver argument and compelled it to produce the data in a False Claim Act civil action. United States v. Kmart Corp., 2014 WL 2218758 (S.D. Ill. May 29, 2014).

You may read the opinion here.

In 2009, the OIG for the Dep’t of Health and Human Services conducted an investigation into K–Mart’s alleged improper Medicare claims. In response to an OIG subpoena, K–Mart produced a substantial amount of documents culled from 25 custodians, and its legal team also created and produced a subset of transaction data in a simpler format.  K-Mart and HHS entered into a confidentiality agreement prior to the production, but the agreement did not specifically address attorney–client privilege or work-product concerns.

In the False Claim Act action, K–Mart produced the custodial documents, but refused to produce the subset of data on grounds that the work-product doctrine protected this attorney-created subset from production.

K–Mart urged the Court to apply the selective waiver doctrine, arguing that it encourages corporations to cooperate with government investigators. While finding cooperation laudable, the Court “most pointedly” reminded K–Mart that “the attorney client privilege and work product doctrines do not exist to foster full and frank conversation with the government.”

The Court noted that the majority of federal circuits reject the selective waiver doctrine, and found that K–Mart should have known that producing the attorney-created data to the government waived any work-product protections. In fairly strong language, the Court said that “it is incumbent upon attorneys anticipating or involved in litigation to take appropriate steps to closely guard confidential information” and that “K–Mart should not be 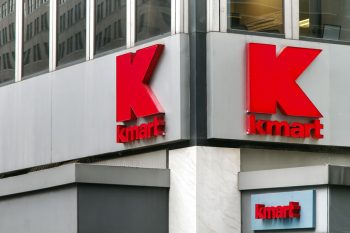 The Court commented that “disclosure of protected attorney work product is a strategic litigation decision” and found that K–Mart made a strategic calculation that the benefit of appearing cooperative with a government investigation outweighed the risk of waiver.

Would a Confidentiality Agreement Work?

But the K–mart case is different. While K–Mart secured a confidentiality agreement with HHS, it did not mention privilege or work-product protections. And the Court indicated that, even if the agreement mentioned those protections, the agreement would not affect its decision.

This case illustrates the peril companies under investigation face when responding to government subpoenas or document requests. While some federal statutes provide selective waiver protections in financial services investigations, the majority view under federal common law is that there is no selective waiver doctrine—disclosure of documents to an investigative body waives the privilege in existing or subsequent civil actions. And while it is certainly better to have a confidentiality agreement with the government agency, those agreements may not withstand the waiver tide.