After drafting a public-relations statement, companies’ internal communications folks regularly want to “run it by” the legal department.  And often with good reason—to ensure that the press release does not say something that could harm the company in any future legal action.  But is a “run it by the in-house lawyer” action sufficient to secure privilege protection in that subsequent legal action? 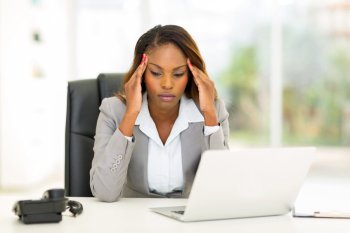 One court said no—and forced a company to produce an email exchange with an in-house lawyer even though the email contained a “PRIVILEGED ATTY CLIENT INFORMATION” designation.  Slocum v. Int’l Paper Co., 2021 WL 5861499 (E.D. La. June 28, 2021).  You may read the decision here.

On a hot, humid mid-summer night in Southeast Louisiana, just a stone’s throw from the Mississippi River, something happened at a local paper mill. That something turned out to be an explosion that produced “black liquor,” a misty, dark substance that coated the facility and, nearby residents say, the local town.  (Sounds very John Grisham-ish, right?)

The Chief Communications Leader responded with suggested edits to the media statement, and one of the in-house lawyers responded by saying that the edits “look good.”

In a class-action lawsuit that followed, the plaintiffs moved to compel the mill to produce the email and draft media statement. The plaintiffs argued that the email contained no identifiable legal issue and that this manager sent the email for informational and business advisory purposes.

The mill argued that the attorney–client privilege protected both because the Communications Manager’s email sought legal advice on implications of the media statement. It conceded that the email contained no explicit request for legal advice, but the request was implicit as the subject-line designation confirms.  And, yes, the in-house lawyer’s “look good” response was legal advice, it argued.

The mill submitted the Communications Manager’s declaration in support, which you may read here, and she attested that the company was “immediately concerned with potential legal consequences and litigation” arising from the release event. She also claimed that she sought advice from in-house counsel “on the potential legal implications of the draft media statement.”  But was this enough?  And where was the in-house lawyer’s declaration?

The court identified its job as determining whether the primary purpose of the email and draft statement was to secure legal advice but noted the difficulty in doing so when corporate internal communications involve in-house counsel. This difficulty is—

largely due to the fact that modern corporate counsel have become involved in all facets of the enterprises for which they work (and is) exacerbated by the advent of e-mail that has made it so convenient to copy counsel on every communication that might be seen as having some legal significance at some time, regardless of whether it is ripe for legal analysis.

The court ruled that, because the Communications Manager sent the email to lawyers and non-lawyers, the company failed to prove that the email’s primary purpose was to secure legal advice. When sending a document for approval to lawyers and non-lawyers, then the primary purpose “was not to obtain legal assistance since the same was being sought from all.”

But the court raised another issue—the phenomenon that corporate employees copy in-house lawyers on emails before a legal issue is ripe for discussion.  The court noted that the email did not identify any “particular legal issue,” and the lawyer’s “looks good” response did not constitute providing legal advice. Rather—

The exchange is consistent with the general practice of copying legal counsel on all communications which may, at some time, be of legal significance.

The ripeness issue is a somewhat new wrinkle in the “copying in-house counsel” dilemma. When a non-lawyer employee senses trouble on the horizon, she may start including in-house lawyers on internal emails even though no discernable legal issue exists.

What could the company have done differently?  Send a separate email to the in-house lawyer? In addition to the privilege designation in the subject line, include a specific request for legal advice in the email’s content? Should the in-house lawyer have submitted a declaration explaining the need for legal advice just four hours after the incident? For a few practice tips, view my article To CC or Not to CC, That is the In-House Lawyer Question, published in Today’s General Counsel.