The C-Suite, appropriately so, often lacks first-hand, personal knowledge of the company’s day-to-day activities, instead relying upon others to keep them informed.  But privileged communications necessarily permeate these discussions when the in- 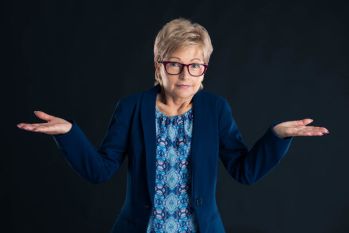 house legal department informs the higher-ups of issues ripe for a decision. Faced with this situation, a federal court hurdled the apex doctrine and allowed the deposition of a company’s CEO who authorized a lawsuit after the GC told him the results of a privileged internal investigation. But were there adequate protections for the privileged investigation? Palmisano v. Paragon 28, Inc., 2021 WL 1686948 (S.D. Fla. Apr. 7, 2021).  You may read the decision here.

Wright Medical Technology, Inc., recently acquired by Stryker Corporation, is a global medical device company focused on extremities and biologics. In 2017–2018, its general counsel, with the help of outside counsel, led an investigation into Paragon 28’s alleged use of Wright’s proprietary information. The GC communicated the investigation’s results to Wright’s CEO, Robert Palmisano, and Palmisano authorized Wright’s filing of a patent-infringement and trade-secrets misappropriation lawsuit against Paragon in Colorado.

Wright’s lawsuit continued after the Stryker acquisition, but Palmisano, now 76, retired to Fort Lauderdale. Paragon tracked him down and served him with a deposition subpoena.  Wright and Palmisano moved to quash, claiming, in part, that Palmisano has no personal, first-hand knowledge of Wright’s allegations and that he authorized the Colorado lawsuit only after receiving the results of the GC’s privileged investigation.

FRCP 45(d)(3)(A)(iii) speaks in mandatory terms and requires courts to quash a subpoena where it “requires disclosure of privileged or other protected matter, if no exception or waiver applies.” Wright argued that Palmisano derived his knowledge from communications with counsel and, therefore, his testimony would necessarily reveal privileged communications. The company also claimed that the attorney–client privilege protected from disclosure Palmisano’s rationale for authorizing the Colorado lawsuit because that decision reflects and reveals privileged discussions.

simply does not extend to facts known to a party that are central to that party’s claims, even if such facts came to be known through communications with counsel who had obtained knowledge of those facts through an investigation into the underlying dispute.

There is a caveat. The privilege protects facts learned from counsel “if disclosure would reveal counsel’s legal advice.” But how does one make that distinction in real life?

The court described it this way.  The privilege does not cover a person’s knowledge for specific allegations in the complaint but protects his basis for “conclusory legal allegations.” Because “lay witnesses can hardly be expected to know how certain facts related to certain legal theories,” this disclosure “would effectively reveal legal advice.”

So, Paragon can ask the Fort Lauderdale resident about specific factual allegations in the complaint, “regardless of how Palmisano learned the facts.” Paragon may not ask about conclusory allegations in the complaint nor Palmisano’s logic or rationale for the timing of his authorization to file the Colorado lawsuit. These types of questions, the court ruled, “necessarily reflects legal advice communicated by counsel.”

Should be an interesting, objection-filled deposition.

2021-05-12
Previous Post: Misstep: Fitbit Thwarted from Deposing Attorney—But Not for Privilege Reasons
Next Post: A Derivative Privilege: Court Protects Counsel’s Use of Consultant During Internal Investigation