In a much-anticipated decision that attracted the attention of several amici, the Washington Supreme Court reversed a lower court’s ruling and held that the attorney–client privilege protects communications between a 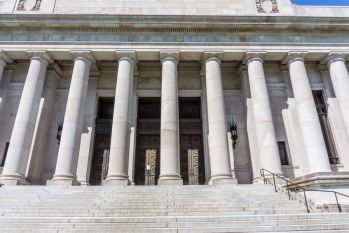 corporate healthcare provider’s attorney and its non-employee physician–agents. In doing so, the court adopted the functional-equivalent doctrine and, in a bonus ruling, extended privilege protection to communications between a corporate healthcare provider’s attorney and its employed nurses and social workers. Hermanson v. Multicare Health Sys., Inc., 2020 WL 6603473 (Wash. Nov. 12, 2020). You may read the decision here.

The global question is whether, in a medical-malpractice case, a defendant corporate-healthcare-provider’s lawyer may engage in ex parte privileged communications with non-party treating physicians, nurses, or social workers who are either employees or independent contractors of the corporate entity. Two significant Washington Supreme Court privilege rulings provide the framework for assessing this issue.

Second, in Newman Highland Sch. Dist., 381 P.3d 1188 (Wash. 2016), which I examined in this post, the 5–4 divided court refused to apply the attorney–client privilege to a corporate lawyer’s communications with former employees. The court rejected the privilege because there is no principal–agency relationship after employment terminates.

Hermanson presented an issue influenced but unaddressed by Youngs and Newman: does the corporate attorney–client privilege apply to a non-employee hospital agent?

Interpreting the Youngs and Newman holdings, the appellate court thwarted a confidential, ex parte, privileged meeting between Multicare’s lawyers and Patterson. The two-judge majority refused to “expand” the privilege “beyond the employer–employee” context. And, with little analysis, the court rejected protection under the functional-equivalent doctrine.

Judge Glasgow offered a dissenting voice, seeing “no compelling justification for departing from [privilege] principles simply because he is an agent but not a formal employee.” In my post, Washington Court Rejects Corporate Attorney–Client Privilege for Hospital’s Physician–Agent, I argued that Judge Glasgow had the better position, and said this—

Here’s hoping the Washington Supreme Court has the chance to review Hermanson and, in the process, provide clear guidance on the scope and application of the corporate attorney–client privilege to employees and agents, both past and present.

The court held that the Youngs permissions—and its restrictions—apply to treating physicians who are independent contractors so long as the corporate healthcare provider and the physician have a principal-agent relationship. The court cited three reasons for this ruling.

Youngs had the “central goal of promoting candid and honest communication between a corporation’s attorney and the individuals acting as agents of the corporation who may know the factual details germane to the legal problem.”

Second, the court said that its Newman decision—which held that the privilege does not apply to former employees—did not prevent the privileged communications. Newman focused on the lack of a principal–agent relationship and, here, Dr. Patterson and Multicare clearly had that because Multicare’s policies and procedures controlled his conduct.

Third, citing the 8th Circuit’s decision in In re Bieter Co., 16 F.3d 929, 938 (CA8 1994) and the 9th Circuit’s opinion in U.S. v. Graf, 610 F.3d 1148, 1159 (CA9 2010), the court adopted the functional-equivalent doctrine. Dr. Patterson was not simply an independent contractor with ad hoc, spot duties. Rather, he “constantly performs work in a Multicare facility that is consistently monitored by Multicare, thus making him the ‘functional equivalent’ of a Multicare employee.”

The court also issued a decision on the less heralded but often equally important question whether the Youngs privilege protections (and its restrictions) permits a corporate healthcare provider’s lawyer to have ex parte privileged conversations with a patient’s nurses and social workers. Here, the question is whether the corporate attorney–client privilege trumps the nurse-patient privilege, codified at RCW 6.62.020, and the social-worker-client privilege, codified at RCW 5.60.060(9), both of which the court found as “identical in their policies to the physician–patient privilege.”

With the policies of these privileges identical, the court held that the nurse-patient and social-worker privileges “should also make way for the corporate attorney–client privilege.” Thus, a corporate healthcare provider in Washington may have ex parte, privileged communications with physicians, nurses, and social workers—whether employees or independent contractors—consistent with Youngs.

Just don’t forget that Youngs restricts those communications to discussions about the alleged negligent event—and nothing more.

Multicare had an alternative argument ready for consideration.  Can the hospital’s attorney circumvent the Youngs restrictions by simply forming an attorney–client relationship with the non-party treating physician? If that relationship existed, then of course the attorney could speak under privilege protection with the doctor.

While not addressing the topic head-on, the court did not favor this circumvention attempt, stating:

Is this an indication that the court would prevent the forming of this type of attorney–client relationship? What if the corporate healthcare provider retained separate counsel for the treating doctor and the respective lawyers communicated under a valid common–interest agreement?

These questions await another day.