This is a “Big Deal”: Court Provides Excellent Roadmap for 502(a) Subject-Matter Waiver Analysis

The common-law subject-matter waiver doctrine holds that, in certain circumstances, if a party discloses privileged information then it waives the 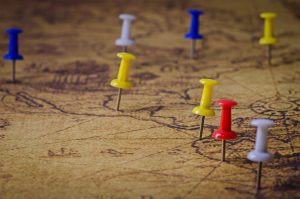 attorney–client privilege as to undisclosed privileged information related to the same subject matter as the disclosed information. The doctrine’s consequences can be severe, as Baylor University and a Chattanooga school board learned when courts forced them to produce documents underlying internal investigations.

The rule is succinct and ostensibly straightforward, but how does it work in practice?

Judge Iain Johnston, always willing to tackle tough privilege issues, as you can see in his opinions on the self-critical analysis privilege and waiver of the psychotherapist–patient privilege for garden-variety emotional-damages claims, provided much-needed clarity on Rule 502’s application in McCullough v. Hanley, 2019 WL 3776962 (NDIL Aug. 12, 2019).

In sum, subject-matter waiver is dependent upon how one uses the disclosed privileged information. You may read the thoughtful opinion here.

The Court recounted pieces of this “horribly sad” factual situation. In April 2012, an Illinois jury acquitted Jack D. McCullough, f/k/a John Tessier, of raping his sister decades earlier. But in September 2012, a jury convicted McCullough of the 1957 abduction and murder of 7-year-old Maria Ridulph.

After serving 5 years of a life sentence, however, a judge vacated the conviction after a newly elected state’s attorney moved to dismiss the charges. You may read about “the nation’s oldest cold case,” complete with interviews of McCullough, in this CBS News documentary.

McCullough filed a civil-rights case against various Illinois state police agents and state’s attorneys over the allegedly wrongful conviction. To support its defense that McCullough is a “murdering pedophile,” the defendants sought to discover McCullough’s statements to his murder-case defense attorneys about his alleged sexual contact with his sisters.

McCullough’s civil-rights lawyers permitted his former criminal-defense lawyers to reveal McCullough’s statements to them about “the murder case,” but “clumsily” (as the judge said) invoked the privilege over McCullough’s communications about “the rape case,” or his sexual contact with his sisters.

The defendants argued that McCullough could not use privileged information (about the murder case) as a sword and simultaneously invoke the privilege as a shield to related sexual-contact information. McCullough argued that FRE 502(a) prevented the defendants’ requested subject-matter waiver, and the Court addressed the issue head-on.

Noting that FRE 502 “is a big deal,” the Court consulted what it called the “Rule 502 User’s Manual.” This “manual” consists of the Rule’s Advisory Committee Notes, the Sept. 26, 2007 letter from the Committee on Rules of Practice and Procedure to the Judiciary Committee (in the Notes and available here), and the Statement of Congressional Intent Regarding 502 of the Federal Rules of Evidence (in the Notes and available here). I commend this add-on commentary to anyone wanting a full understanding of Rule 502.

The Court’s initial conclusion was that “‘waiver’ and ‘disclosure’ are not synonymous.” Rule 502 carefully distinguishes these two concepts, and disclosure of privileged information alone does not result in subject-matter waiver.

What is “Same Subject Matter”?

While the Rule 502 User’s Manual is comprehensive, it does not define the Rule’s phrase “concern the same subject matter.”  What does that mean in practice?

Turning to the case law, the Court concluded that, while some case law “is not particularly helpful,” most courts land “on the side of narrowly interpreting ‘same subject matter.’” And consequently, courts must narrowly interpret the scope of subject-matter waiver.

The Rule 502 User’s Manual fully addresses the Rule’s fairness component. Subject-matter waiver is meant to “prevent a selective and misleading presentation of the evidence to the disadvantage of the adversary.” Borrowing from the focus on fairness in FRE 106’s rule of completeness, the Court held that a party’s use of the disclosed privileged information “is critical to the fairness inquiry.”

The Court then barred McCullough from using the disclosed privileged information at trial and held that, if he does, then the subject-matter waiver doctrine is once again in play.

Rule 502(a) is, indeed, a big deal because it calls for the production of previously undisclosed privileged information. Judge Johnston, applying the Rule 502 User’s Manual, provides a roadmap for lawyers seeking to apply or defend the rule’s application.

And this roadmap is now a go-to reference for subject-matter waiver analyses.